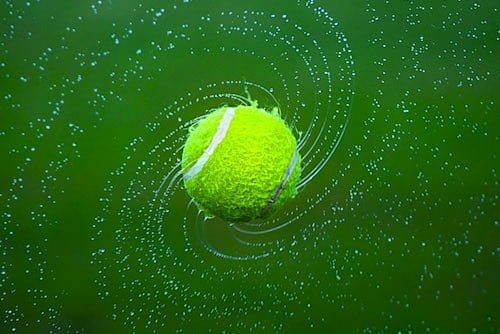 Prices for zinc are up in 2019, with two analysts approached by INN giving their thoughts on why and what’s to come for the base metal.

Zinc didn’t have such a great 2018, with prices crashing through the year as the US-China trade war chewed into commodities.

Even so, analysts said at the end of the year that the metal’s fundamentals were solid, with many suggesting that the fall was partially a correction due to overpriced values earlier in 2018.

An interesting story in 2018 was the dramatic and sustained fall in zinc metal stockpiles around the world, a trend that has continued into 2019 with concerns of a supply crunch on the way. However, that may soon change.

Speaking with the Investing News Network (INN), CRU Group Senior Analyst Helen O’Cleary said that LME stockpiles are up off lows hit recently, with between 51,000 and 52,000 tonnes of the metal in warehouses.

For reference, combined zinc stockpiles around the world are at about half a week of global supply.

CRU has a theory about the low zinc supply. “There was a concerted effort to reduce LME stocks to exacerbate the appearance of refined market tightness,” O’Cleary said.

“The sharp fall in LME stocks is partly technical,” she added, citing the fact that demand growth has been lackluster and market participants seeking the metal aren’t reporting any shortfalls in supply.

A recovery in stockpiles could be slow according to O’Cleary, who said that, while ongoing demand weakness means they will recover, smelter capacity will throttle any increases to stockpiles.

“Demand weakness in China and in much of the world ex-China suggest that the smelter bottleneck will be on the concentrate side, [meaning] not enough smelter capacity to treat rapidly increasing concentrate supplies, rather than on the demand side.”

Stefan Ioannou of Cormark Securities told INN that for years, zinc supplies have been in a “critical,” and therefore volatile, state, which he defined as below 300,000 tonnes.

“They’ve been below that since the middle of 2017,” said Ioannou.

Talking about the movement of the zinc price, he said that, while its value did increase in 2017 as stockpiles fell, the trade war muddied the commodity waters and base metals suffered — most of all, zinc.

“With the trade war-induced drama, we saw zinc prices, as well as most commodity prices, pull back through most of last year.”

He went on to say that, with inventories well down into 2019, prices will remain up as markets started to think more about supply.

On that front, however, he added that the zinc market is split into two areas: zinc concentrate, which is the mine supply, and zinc metal, which is refined.

All zinc concentrate becomes zinc metal, but, while metal supplies are down, concentrate supplies are up because of a bottleneck in smelting capacity and a raft of new zinc projects coming online.

That means that, while there’s plenty of zinc concentrate in the supply chain, there aren’t enough smelters working to turn it into metal.

“The argument is that miners are going to have a tough time here going forward, because there’s actually an oversupply of concentrate and not enough smelting capacity out there to use it all. They’re going to be fighting to the nail amongst one another to sell their products. To be fair, we’ve seen that,” said Ioannou.

“We just saw the new benchmark treatment charges (TCs) for smelting come out for 2019. No huge surprise there. They’re up significantly over the last year. The new benchmark is US$245 a ton. That’s up from US$147 a ton last year which was historically quite low.”

He added, “[That price] is not astronomical in the grand scheme of things. Nevertheless, coming off US$147 last year, it’s eye opening for sure.”

Ioannou explained that a shortage in zinc metal will drive the metal price higher, and a surplus of zinc concentrate will drive TCs higher.

“At the end of the day, I would say most zinc equity will benefit more from a rising zinc price than they will be punished by a corresponding rise in treatment charges.”

Ioannou said that, at Cormark, analysts forecast the zinc price to average US$1.35 per pound through 2019, with an average so far of US$1.24.

He said that US$1.50 zinc is “very foreseeable” sometime in 2019 given zinc metal supply.

O’Cleary at CRU is not as optimistic about the zinc price.

“Prices have increased further than we were expecting, and we still hold the view that there is considerable downside price potential in H2,” said O’Cleary, whose remarks reiterated comments she made to INN at the beginning of the year, when she forecast an uptick in prices in Q1, followed by falling prices through the rest of the year.

4 responses to “Zinc on the Rebound (So Far)”