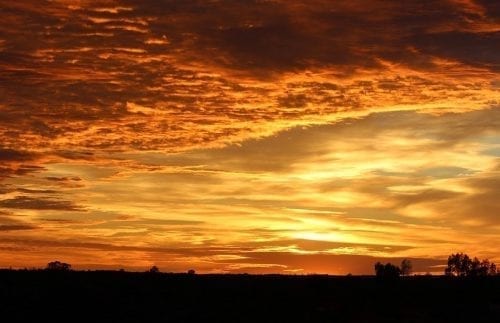 Australian base metals miner MMG announced this week that its Dugald River zinc mine in northern Queensland had achieved commercial production.

Australian base metals miner MMG (HKEX:MMG) announced on Monday (May 7) that its Dugald River zinc mine in northern Queensland had achieved commercial production on May 1, 2018.

Dugald River has now graduated from a project to a fully-fledged operation, with the mine projected to produce 170,000 tonnes of zinc concentrate when fully operational.

Zinc production had commenced in the last quarter of 2017, with the first zinc concentrate production achieved in early November.

On December 16, the first shipment of zinc concentrate left port in Townsville, Queensland for China, with the cargo clocking in at 10,500 tonnes.

The rapid progression from opening the mine to graduating to a fully-fledged operation will come as welcome news to a parched zinc market, with industry smelters cutting processing fees in a bid to compete for miners.

Mining and smelting giant Nrystar (EBR:NYR) revealed earlier this month that the zinc industry had agreed on a benchmark cut in treatment charges of 15 percent, down to US$147 per dry metric tonne from US$172.

Executive general manager operations for Africa, Australia and Asia at MMG Mark Davis said the ramp up of Dugald River was progressing on schedule and that commercial production has been reached in line with guidance to the market.

“Dugald River is a world class operation that has been delivered under budget and ahead of schedule. Its successful achievement of the commercial production milestone inside five months of first concentrate delivers on our commitment to drive value for shareholders,” he said.

“When Dugald River completes ramp up and is operating at design rates it will be one of the world’s top 10 zinc mines.”

Timing couldn’t be better for the company, with Davis saying Dugald River had come online at a time of tightening supply for the base metal.

Lots of other companies are exploring options for new mines, such as Vedanta Resources (LSE:VED), which is looking at a zinc-cluster proposal on the South African/Namibian border, and New Century Resources (ASX:NCZ), which is reopening the Century zinc mine (formerly operated by MMG) in Queensland, which is also in gulf country in the same region as Dugald River.

Other companies are hoping to catch the same train, with Canadian miners Sphinx Resources (TSXV:SFX) and Osisko Metals (TSXV:OM) announcing today (May 8) that they were entering into a joint venture to explore for zinc in the Grenville geological province in southern Quebec.

On Tuesday, zinc prices were trading at US$1.39 per pound, barely moving since the same time last week and not at all on the day before, but up from a low of US$1.36 on May 6. The prices are well below a 30-day high of US$1.47 per pound reached on April 10.