Nickel prices have rallied overall this year, so it’s no surprise that nickel mining companies have been working hard to take advantage of the market. Here’s a look at five companies that have seen significant stock price rises this year and what they’ve been up to. 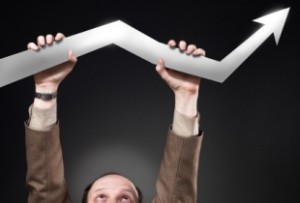 Nickel prices have rallied overall this year, so it’s no surprise that nickel mining companies have been working hard to take advantage of the market. Even considering that the base metal has come down from its earlier highs, its performance is still well above price levels at the start of 2014, and nickel is expected to continue rising.

Here, Nickel Investing News takes a look at five companies that have seen significant share price rises this year and what they’ve been up to recently.

First up is Canada’s Royal Nickel. The company has gained over 66 percent this year, and is focused on its 100-percent-owned, development-stage Dumont project in Quebec’s Abitibi Region. To be sure, Royal Nickel has been busy advancing the permitting process for Dumont; the company saw its environmental and social impact assessment for the project published in April, and in May it arranged to begin detailed engineering work.

Furthermore, Royal Nickel has been busily snapping up interests in other projects. It entered an agreement to acquire 56 percent of True North Nickel and the West Raglan nickel project in June, and in August Sudbury Platinum, which Royal Nickel holds an interest in, purchased a 100-percent interest in CaNickel Mining’s (TSX:CML) Aer-Kidd project.

Incidentally, CaNickel is up 95 percent year-to-date, and has gained roughly 83 percent since August 11, when Sudbury Platinum announced plan to exercise its right of first refusal to purchase Aer-Kidd.

PolyMet is currently focused on its development-stage NorthMet nickel-copper-precious metals project, located in the historically mined Duluth Complex in Minnesota. In March, the company successfully responded to comments on a supplemental draft environmental impact statement for NorthMet, and received a significantly improved rating from the US Environmental Protection Agency.

PolyMet has invested heavily in the environmental review and permitting requirements for NorthMet, and has spent $77.363 million on the project to date. Fortunately, that seems to be paying off — as PolyMet’s president and CEO, Jon Cherry, stated in July, “[t]he environmental review process is nearing completion, with permitting set to follow shortly after the Record of Decision on the final EIS.” PolyMet’s share price is up 34 percent this year.

A mining and exploration company operating in Northern Ontario’s Sudbury Basin, First Nickel’s Lockerby mine produced 5.8 million pounds of contained nickel and 3.3 million pounds of contained copper in the first half of 2014. It recorded revenue of $38.3 million and reported that it has continued ramp and lateral development at the mine. The company also reported respective net losses of $0.9 million and $10.1 million for the three and six months ended June 30, 2014. However, its stock is still up 25 percent year to date.

Also worth noting is that on May 6, an accident occurred at Lockerby that resulted in two fatalities, leading First Nickel to halt its infill operations for over two months. The company responded by following established safety protocols, and provided counselling and support to employees, families of the deceased and local communities.

Traditionally an iron miner, Talon entered an agreement with Kennecott Exploration in June to acquire a 30-percent interest in Kennecott’s nickel-copper-platinum Tamarack project, “with a potential pathway to owning 100% of the project.” Talon’s chairman, Warren Newfield, has been very positive about the agreement, stating that Talon concluded that Tamarack is a potential “company maker” after considering and reviewing over 700 projects over the past two years.

In terms of what else the company has been up to this year, Talon recently added Dr. Tony Naldrett to its board of directors; he’s a leading expert on magmatic — or nickel, copper and PGM — sulfide mineralization. It also released its initial resource estimate for a portion of the Tamarack project in early September, with 3.75 million tonnes in indicated resources at a grade of 2.35-percent nickel equivalent and an inferred resource of 3.12 million tonnes at a grade of 1.63-percent nickel equivalent. So far in 2014, Talon Metals has gained 72 percent.

While it’s only in the early stages of exploration, a look at busy companies in the nickel space would certainly be remiss if it failed to mention Balmoral. The company’s share price has gained a whopping 320 percent so far this year, mostly on the back of a highly prospective nickel discovery at its Grasset project in Quebec’s Abitibi Region. Initially a gold discovery, follow-up drilling at Grasset intersected a zone of nickel-copper-PGM mineralization, and Balmoral quickly put a drill program together to find out exactly what sort of resource it is looking at.

To be sure, there has been plenty going on for nickel miners so far this year. Resource investors will want to keep an eye on the nickel space to see what these companies get up to for the rest of 2014.