With other base metals reacting positively to last week’s results from the European Bank stress tests, nickel prices started the week flat. But, if demand for nickel is soft in the short-term, analysts believe it will be temporary as the supply-demand balance continues to improve. 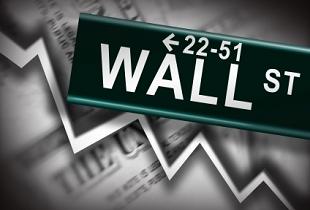 With other base metals reacting positively to last week’s results from the European Bank stress tests, nickel prices started the week flat. Nickel fell slightly from the 30-day high of US$9.3531 per pound it set on Friday, closing Monday at US$9.2601 per pound. Prices continued to fluctuate on Tuesday, dipping as low US$9.200 before closing up slightly to US$9.2624. But, if demand for nickel is soft in the short-term, analysts believe it will be temporary as the supply-demand balance continues to improve.

The Credit Suisse Group AG believes the stress test’s results were mildly positive, according to Businessweek, and nickel reacted well when test results were released on July 23rd. The tests found seven banks without adequate capital reserves, and according to European regulators the banks will still need to raise a combined US$4.5 billion of capital. But those numbers are significantly lower than analysts expected and the relative good news has continued to ease concerns over a potential sovereign debt default in Europe.

Combined with the strong equities and better-than-expected new home sales reported in the United States, this news is fueling optimism that the market recovery will continue.

The World Bureau of Metal Statistics reports nickel was in marginal deficit during the first 5 months of 2010. Consumption surpassed production by 5,000 tonnes despite mine production increasing by 5.7 percent. World inventories are down by 20,000 tonnes compared to the same time in 2009.

Barclays Capital analysts expect a temporary softness for nickel as demand for stainless steel slows in the second half of 2010. But they expect prices to firm up as nickel’s supply-demand balance improves through 2011.

Analysts are pointing to the rise of metal prices and suggesting Brazilian mining giant Vale (NYSE:VALE) could see its second-quarter net income  increase to $3.83 billion when it makes the official announcement on Thursday, reports Reuters. That would mark a 384 percent increase over the company’s second quarter results from 2009.  Vale, whose nickel operations in Sudbury recently concluded a year-long strike, has not announced when its Sudbury mine will be back in production.