The world’s largest nickel supplier suggests it won’t restart idle capacity until prices reach $25,000 per ton Nickel; demand is projected to outstrip supply for the first time in four years; and Brazilian producer Vale’s Canadian plans may be on hold. 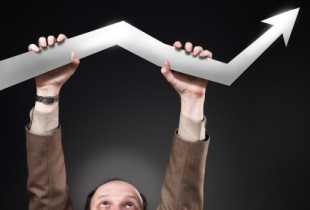 The world’s largest nickel supplier suggests it won’t restart idle capacity until prices reach $25,000 per ton; nickel demand is projected to outstrip supply for the first time in four years; and, Brazilian producer Vale’s Canadian plans may be on hold.

Nickel investors collectively held their breath Thursday morning as prices stumbled slightly to $9.45/lb hours after opening at $9.70/lb. But later in the day prices rallied and nickel closed at $9.66/b, recovering most of its losses.

Nickel prices have been increasing steadily over the last year and are trading just below $22,000 a ton.  That’s a 15 per cent rise and more than double its value in the fourth quarter of 2008. But, numbers like these are little comfort to nickel investors– not after watching prices hit historic highs in February 2007 only to be followed by a serious tumble.

“I wouldn’t expect another wave of re-launches until the price is substantially higher. I’m guessing it should be at least $23,000 to $25,000 (a ton),” That means another five-percent increase before idle capacity comes back on line.

Berlin says nickel producers are wary of a slow rebound in demand for stainless steel and that investor interest in commodities was playing a large role in setting metal prices. “Re-launching a mine is a capital investment. You have to spend a certain amount of money to start it again,” he said. “If the price goes to $25,000 tomorrow, you are not going to open the mine because you want to understand that a certain price level will stay.”

Berlin did not comment on Norilsk’s future operational plans, but his statements seem curious after Norilsk released numbers with increased nickel production for 2010, raising its output forecast for this year up to 309,000 tons from a previous outlook of 300,000 tons.

With stainless-steel makers’ reported increase in orders and production, London-based research group CRU says there will be a nickel deficit for the first time in four years. With a 20,000-ton shortfall forecast for 2010 after a 45,000-ton surplus last year, demand may continue to push nickel prices higher.

Brazilian miner Vale [NYSE:VALE] has said it will push its Sudbury operation in Canada towards full output; but talks broke down this week after many thought the two sides were close to a deal—those plans may need to be shelved.

Workers at Vale’s Canadian operations have been striking since July 2009 after the company purchased Inco in late 2006 for $17.6 billion.

Vale argues nickel producers in other parts of the world, mostly in low-wage developing countries, have a competitive advantage over Canadian operations and wants to address a bonus linked to the nickel price that the union accepted during the 1980s in return for giving up annual wage increases. Vale says the deal made economic sense when nickel was in the $4,000-$7,000 ton price range, but not at today’s prices.

Vale wants to raise the threshold at which the Sudbury workers become eligible for the nickel bonus and to convert the employee pension plan from a defined benefit to a defined contribution model.