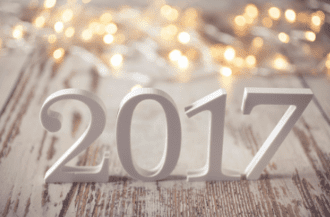 After a troubled 2015, nickel surged in 2016. Analysts provide their forecast for the upcoming months.

After a troubled 2015, nickel surged in 2016 together with other base metals, supported by the credit-fuelled construction boom in China and Trump’s potential infrastructure plans that could increase demand in the upcoming months.
To add to a rising demand, nickel supply could tighten due to production cuts in the top producing country Philippines, as a result of mine suspensions due to environmental concerns.
Analysts’ forecasts remain positive on nickel for 2017, with many predicting that it could become one of the best performing commodities of the year and comparing it to zinc’s surge in 2016.

In 2015, LME three month nickel was the worst performer with losses of over 40 percent. At the beginning of 2016 nickel hit a 12-year low, on the back of concerns about high inventories, dropping to $8,120 a tonne in January and even further in February to $7,580 a tonne, its lowest since 2003.
But nickel prices started to rebound in the second half of the year, as environmental concerns led to an audit in the world’s largest producing country, the Philippines that ended up in mine’s production suspension. By the end of the year the base metal was trading at $10,010 a tonne.
Nickel still has upside potential, Cliff Smee, head of research and analysis for mining at GlobalData, told the Wall Street Journal.
“Growth is supported by rises in the population and urbanization in emerging economies such as China and India, which are expected to invest heavily in upgrading infrastructure and expanding industrial and output capacity,” Smee said.
After base metals rallied in the last quarter of 2016, many banks and analysts raised their 2017 forecast for nickel. Morgan Stanley increased its estimated price by 13 percent to $11,657 a tonne.
“Most of the base metals are back at the top of our list,” analysts added.
According to Wood Mackenzie, the nickel upward trend will continue in the first half of 2017 as ore stocks in China approach depletion point in March-April.
In addition, Citigroup predicted that most raw materials are expected to perform strongly next year.
“For commodities in general, the oversupply that was induced by high prices in the first decade of this century are finally being balanced,” analysts led by Ed Morse said.
Goldman Sachs also said investors should bet on higher commodities prices as manufacturing picks up around the world, the first time the bank has recommended an overweight position in more than four years.
“Supply restrictions from policy actions should benefit oil, coking coal and nickel in the near term while economic reductions should boost natural gas and zinc,” analysts led by Jeff Currie said.

The latest Metals Balances report released by the World Bureau of Metals Statistics stated that refined nickel consumption during the first ten months of 2016 surged higher by 104,900 metric tonnes compared to the previous year.
According to a report from the Economic Times, the spot nickel market is seeing a trend of increased demand from alloy makers and other industries that consume the metal.
“People are beginning to see that the demand side of the equation is going to be better than expected,” Bill O’Neill, a founding partner at Logic Advisors in Upper Saddle River, New Jersey, said to Bloomberg. “There’s still optimism of more infrastructure spending. That’s playing into higher prices.”
According to Wood Mackenzie, the ongoing ramp up of new stainless melting capacity in China warranted a substantial increase in their demand forecasts.
“Despite the new NPI production in Indonesia, the nickel market will end 2016 in deficit and it is still expected to remain undersupplied through to 2020,” they said.
After the US election results, the nickel market saw the most prominent response, with daily LME cash prices increasing by 7.4 percent between November 7th and November 11th, according to CRU.
“We anticipate continued volatility in western alloying metal markets as sentiment swings in response to new policy announcements,” they added.
Last December, Morgan Stanley said that Trump’s promise to rebuild U.S. infrastructure was a brand-new upside risk for their commodity outlook.
“Yes, we do believe China is in the mature stage of its 25-year-old materials growth cycle, and that the U.S. may only be at the start of a new one. But the potential exists for a medium-term competitive overlap for selected commodities,” they said.
The International Nickel Study Group reported that, despite the challenging economic environment, world nickel usage will continue to grow in both 2016 and 2017 due to the increase in production of the austenitic stainless steel grades in all main markets.
“In the non-stainless steel sectors primary nickel demand will maintain a positive trend in the aerospace industry and in the battery sector,” they added.

The Philippines accounts for about a quarter of global mined nickel supply, with most production going to China. In 2016, eight nickel mines have been suspended, with another 14 put on notice.
Leo Jasareno, director of the Mines and Geosciences Bureau, told Reuters that the suspensions followed “various complaints of environmental degradation,” adding they would be in effect until the companies complied with conditions set by the agency.
These suspensions will have a significant impact on nickel’s supply since Indonesia, the largest producer of mined nickel, has made it clear that it will not relax its export ban on nickel ores, which has been in place since January 2014.
Eduard Haegel, asset president of BHP’s Nickel West unit, said: “There are signs that this year could be finally the turning point for nickel with many expecting the market to be in deficit and so starting the much needed re-balancing process,
“The welcome return to balance over the next few years should see further recovery in nickel prices.”
The INSG reported that world primary nickel production was 1.973Mt in 2015, and decreased to 1.934Mt in 2016. They project an increase in production to about 2.047Mt in 2017, but they warn about possible production disruption that could impact the market.
In addition, Macquarie expects the global nickel deficit to increase to 93,000 tonnes in 2017 from 67,000 tonnes this year.

It seems nickel prices could continue to surge next year, supported by increasing demand from China and infrastructure policies, yet uncertain, from incoming US President Trump. Investors should pay attention to how the base metals’ supply might tighten as mine suspensions continue in the Philippines. The next few months might be interesting for nickel, as analysts agree that the base metal could be on track to become the next best performing commodity in 2017.
Don’t forget to follow us @INN_Resource for real-time news updates!
Securities Disclosure: I, Priscila Barrera, hold no direct investment interest in any company mentioned in this article.