After a strong performance in the first half of 2014, the forecast hasn’t been good for nickel. Now some analysts are warning that a surplus could be on its way to buffet already low nickel prices. 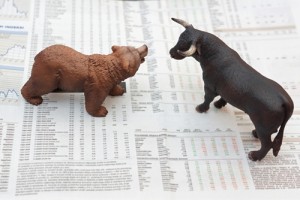 As nickel continues its fall from grace, murmurs of a surplus have become louder as investors wait to chart the course of the unpredictable metal.

Much has been written about the Indonesian ban on exporting nickel ore and how it created a dramatic increase in the price of nickel. In the first half of the year, the base metal’s price jumped from about $6 a pound to nearly $10 a pound (a near 50-percent rise).

The markets settled in the summer only for politicians in the Philippines — the second-largest exporter of nickel — to announce plans to seek a similar ban on exporting ore. Nickel again saw a surge before news filtered out of the country that the bill on passing the ban would not be heard until mid-2015.

Since then, growth in China hasn’t been as high as expected, and the metal has found itself on a downward trend. It is now only 9 percent off where it started the year.

Analysts have taken notice. Lachlan Shaw and Vivek Dhar, commodity analysts with Commonwealth Bank, are cutting their price outlooks for nickel. Shaw cut his forecast by 3.6 percent, estimating that the metal will average roughly $8.62 per pound.

“The continued rise of nickel stocks at LME warehouses is likely to have played a role,” states Commerzbank in a note to clients, writing about the pressure facing nickel prices. London Metal Exchange warehouses recently reported an all-time high of 378,222 tons of nickel being stored.

But despite nickel’s less-than-positive current situation, there are those that believe a surplus is not in the cards. Goldman Sachs (NYSE:GS) has come out refuting the possibility of a surplus.

“A slowdown in LME nickel stock builds is likely to be necessary to see nickel rally significantly from current prices,” the firm said in a report. “We expect this will occur as NPI production cuts feed through, and as we believe China’s destocking is nearing an end.”

Goldman Sachs also pinpoints the start of monsoon season as an event that will cut supply of nickel pig iron as well as boost the production cost of the material through February. In turn, that will raise the price of nickel.

On October 24, Mirabela Nickel (ASX:MBN) announced its third-quarter results for the period ended September 30, 2014. Highlights include production of 2,628 tonnes of nickel concentrate — up from 2,767 tonnes the quarter before — as well as an increase of 500 tonnes in sales.

Impact Minerals (ASX:IPT) announced that it will be moving forward with a drilling program at its Broken Hill joint venture with the goal of starting drilling by mid-November.

Securities Disclosure: I, Nick Wells, hold no direct or indirect investment in any of the companies mentioned.