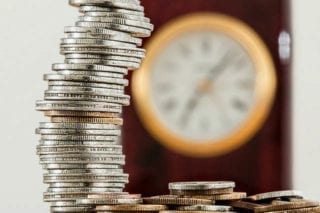 Nickel prices have been rising over the last eight weeks, and earlier this week three-month nickel on the LME rose as high as $11,840 per tonne.

On Tuesday (August 29), three-month nickel on the London Metal Exchange (LME) rose 2.3 percent to reach 11,745 per tonne.
According to Thomson Reuters data, the contract rose as high as $11,840 at one point, reaching its highest level since November 2016. Meanwhile, LME nickel inventories fell to their lowest point since January. Over in China, nickel on the Shanghai Futures Exchange has risen 27 percent since early July.
Nickel is a key component in stainless steel, and reports indicate that strong demand for that material is part of what’s driving prices. The battery sector has also been a contributing force.


Take Survey
“Unexpectedly better consumption of nickel in the stainless steel and battery sectors in the third quarter is the key driving force in the nickel price rally,” China Merchant Futures senior nickel analyst Xia Peng told Metal Bulletin earlier this month.
The most common type of stainless steel is the 304 grade, which requires 8 percent nickel and 18 percent chromium, with the balance being iron.
However, while nickel demand from the stainless steel sector has picked up recently, it’s possible that issues may come up later this year. That’s because in April, the Chinese government announced plans to curb pollution by enforcing production cuts at steel, cement and coal-fired power plants during the winter.
Additionally, the China Petroleum and Chemical Industry Association said this month that some Chinese industrial companies have been complaining of a supply shortage for coke used in steelmaking as a result of the government’s latest round of environmental inspections in August.
China is also still facing the threat of higher tariffs on its steel exports to the US. The idea was introduced by US President Donald Trump, and while a review of the situation is currently delayed, he is facing pressure from American steel companies to implement the tariffs.
Despite those potential future issues, Metal Bulletin notes, “China’s stainless steel production is expected to remain strong in this period as higher prices and better profit mean more orders are booked.”
The news outlet also cites a BMI Research report that says electric vehicle production and battery storage growth will lead to nickel market oversupply initially, but will “eventually tighten as nickel remains an important component of batteries moving forward.”
The report notes that Glencore (LSE:GLEN) expects battery-led nickel demand to more than double over the next five years. Meanwhile, UBS (NYSE:UBS) predicts a rise of 10 to 40 percent from current levels, depending on how much cobalt can be substituted for nickel in lithium-ion battery cathodes.
Against those demand-side nickel price drivers, nickel supply remains uncertain, especially in the Philippines. The country is the world’s top nickel producer, but its mining industry has faced increasing pressure from government officials.
Most recently, lawmakers in the country filed a bill seeking to ban mining in watershed areas. What’s more, the latest data from the country’s Mines and Geosciences Bureau shows that the Philippines’ nickel direct-shipping ore output fell by 24 percent in the first half of 2017. Out of the the country’s 30 nickel mines, 11 reported zero production during the period.
Whether or not nickel’s price gains continue remains to be seen, but at least for now experts appear optimistic about the metal’s near-term prospects.
Don’t forget to follow us @INN_Resource for real-time news updates!
Securities Disclosure: I, Melissa Shaw, hold no direct investment interest in any company mentioned in this article.