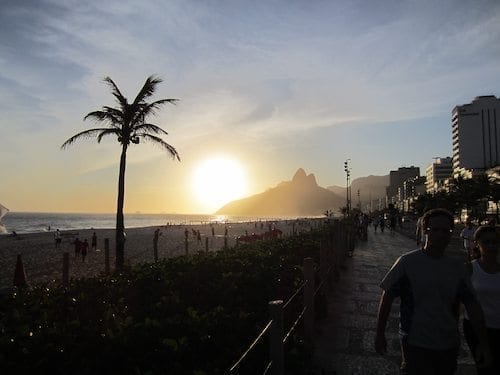 According to Horizonte Chief Executive Jeremy Martin, the company now has the option to develop two mining centers as Serra do Tapa could serve either operation with high-grade material.

“This generates the potential for Horizonte to develop two mining centres within trucking distance of each other, the first, in the south at Araguaia, where we are developing a ferronickel operation to produce around 14,500 tonnes of nickel with the Stage 1 plant expandable to 29,000 tonnes of nickel per year,” he said in a statement on Tuesday (August 13).

“The second production centre in the north, at the Vermelho nickel-cobalt project which has the capacity to produce 15,000 to 18,000 tonnes per year of nickel and associated cobalt.”

Acquired by Horizonte in late 2015, Serra do Tapa is located near the Carajás mining district about 90 kilometers north of the Araguaia ferronickel project. According to Martin, work at the project is currently focused around advancing project financing, along with recruitment of the project development team.

Meanwhile, the Vermelho nickel-cobalt project is in the prefeasibility study stage, with documents currently being finalized; the study’s release is anticipated for later this quarter.

With the electric vehicle (EV) movement continuing to be a driving force in the base metals sector, nickel prices have been on the rise. As the commodity continues to climb, several companies have been eager to get in on the hype while it’s hot, including majors like BHP (ASX:BHP,NYSE:BHP,LSE:BLT).

Horizonte is no stranger to the ever-growing market, as nickel and cobalt are two key components in batteries for the EV scene. The company plans to help supply the battery market, and Martin told the Investing News Network about the growth that he anticipates nickel seeing in the coming years.

“Nickel demand from EV batteries is set to grow by 30 to 40 percent a year, so this makes nickel the fastest-growing battery raw material,” he said.

“EV battery and car manufacturers recognize one of the greatest challenges from a strategic supply point of view is nickel. There have been very few new nickel mines coming online in recent years, and it takes on average eight to 10 years to (develop) a nickel mine from exploration through to production. We expect that, with demand at current levels, we are likely to see nickel prices higher in the mid to long term,” Martin explained.

As of Monday (August 12), nickel was trading at US$15,630 per tonne on the London Metal Exchange.