Now may be the time to take another look at iron ore companies as an investment, with many making major gains over the last 3 months. 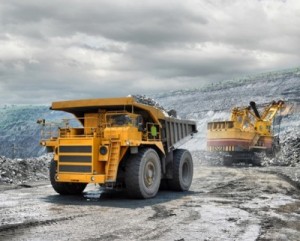 What happened to the predictions of an imploding iron ore price based on a glut of supply from the Australian Pilbara and depressed growth in China? It hasn’t happened, at least not yet. Even as shipments of the steelmaking ingredient were breaking new records through Port Hedland, the price was surging.

As Reuters reported on Thursday, “spot iron ore scaled a two month high [of $135.90 a tonne in Tianjin, China] as recent gains in Chinese steel prices encouraged producers to pick up cargoes of the raw material, setting it up to test the USD 140 per tonne level last seen in August.”

Quite a pleasant surprise for iron ore investors, who watched in dismay as the price plumbed yearly lows in May, only to surge 23 percent as Chinese infrastructure spending boosted demand and shipments from Australian mines.

The reason for the price buoyancy has been attributed to strong steel demand from primary consumers, namely Japan and China, and even Europe, particularly Germany, which has increased monthly steel output by 17.8 percent. According to MINING.com, a new report from the World Steel Association showed global crude steel production in September rose to 4.42 million tonnes per day – a 4.6 percent month-on-month increase and 6.1 percent jump over last year’s figures.

According to The Australian, more than $65 billion has been added to the value of Australia’s iron ore miners this year. Below are some of the main beneficiaries.

Fortescue Metals Group Ltd (ASX:FMG) has gained 52 percent over the past month and 15.85 percent year to date. Yesterday, stock in the world’s fourth largest iron ore producer hit an 18-month high even as Canada’s Teck Resources (NYSE:TCK, TSX:TCK.B) announced it sold its stake in the company for AUD$503 million.

Mount Gibson Iron Limited (ASX:MGX) is showing a three-month gain of 69.2 percent and a 10.6 percent rise year to date. Mount Gibson said it achieved its best quarterly sales figure of 2.6 million tonnes in the quarter ended September 30, an increase of 13 percent from the previous quarter. Full-year guidance for MGX remains at 9 million to 9.5 million tonnes.

Arrium Limited (ASX:ARI) is up 44.2 percent over the past three months and 61.2 percent year to date. Arrium, which exports hematite from South Australia, is currently undergoing an expansion of iron ore exports from 6 million to 11 million tonnes per annum.

Atlas Iron Limited (ASX:AGO) shares have seen a 36.8 percent run in the last quarter, though a greater percentage loss (38.2 percent) year to date. Atlas showed a record 2.4 million wet metric tonnes in its September quarterly report, putting the company on track to achieve production in 2013 of 10 million tonnes per annum.

Australia-focused iron majors Rio Tinto (LSE:RIO, NYSE:RIO, ASX:RIO) and BHP Billiton (NYSE:BHP, LSE:BLT, ASX:BHP) have also seen a steady, though not quite so dramatic share rise over the past three months, with Rio up 14.5 percent and BHP appreciating 9.5 percent. Rio Tinto in mid-October announced that it completed the first phase of its iron ore expansion in the Australian Pilbara. The $3.4 billion port and rail expansion is expected to add 290 million tonnes of annual output. Rio is also expecting to complete the second-phase expansion at its Iron Ore Company of Canada facility in Newfoundand/Labrador by mid-2014 — increasing production capacity by 6 percent to 23.3 million tonnes a year.

Not to be outdone, Vale SA (NYSE:VALE), the world’s largest iron ore producer, is up 15.3 percent in the last three months. The Brazil-based diversified miner reported on Thursday its second-best ever quarter for iron ore production in Q3, at 85.9 million metric tonnes compared to 84 million tonnes in the year-ago quarter.

Iron Investing News looked primarily at exploration companies operating in the Canadian Labrador Trough. Here are a few to keep an eye on.

Alderon Iron Mining (TSX:ADV) has been on a tear of late, increasing 74.2 percent in the last three months. The company is advancing the Kami project in Western Labrador, situated among four producing iron mines. Alderon is currently in the final stage of the environmental assessment process, the result of which could be a catalyst for a share price hike.

Century Iron Mines Corp (TSX:FER) has also had a good quarter, rising 30 percent on the back of some good news pieces. These included a second $20 million investment in its Attikamagen iron property by Chinese strategic partner WISCO; and the acquisition of Champion Iron Mines’ (TSX:CHM) remaining interest in the property- giving it 100 percent ownership.

New Millenium Iron Corp (TSX:NML) has risen 14.7 percent in the last 3 months, despite a year to date loss of 45.3 percent. New Millenium is constructing a direct shipping ore project with Tata Steel, and completing a feasibility study for a taconite project that the company says is potentially the largest mining project in Canada.

West African Iron Ore Corp (TSXV:WAI) has had an excellent quarter as well, climbing 30 percent in the last 90 days and 20 percent in the last 30 days. The Guinea-focused iron junior is advancing its Wondima target, and expects to release an initial NI 43-101 report in the fourth quarter of this year.

In summary, while iron ore equities have been considerably beaten down this year, there is strong evidence of a rebound in the sector, as the iron ore price stays above $130 a tonne and major-consuming nations like China and Japan continue to crank out steel in high volumes. If they haven’t already, resource investors would be wise to take a close look at some of these companies as they take advantage of a rising iron ore price for further share price appreciation in the coming months.

Is the Iron Ore Bull Run Over?