Iron ore has had a pretty good run this year, but the market is awaiting an onslaught of new product from Australia, Brazil and India, which is likely to push the price down. 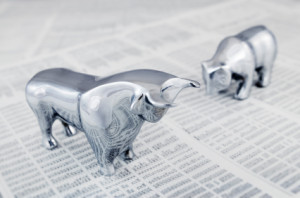 Iron ore has enjoyed a good price run this year, even as other base metals have seen lackluster performance. Iron ore was at a yearly high of $158 in February, dropped down to $114.82 in June, but has risen again in the last two months. It was at $137.06 in August, an 11.5 percent climb since June, according to indexmundi.

According to the FT (subscription required), iron ore’s average $136 per tonne this year is the second-highest on record. Not surprisingly, or perhaps surprisingly if one buys the headlines around China’s GDP slowdown, the reason has to do with Chinese steel demand. The FT reports that Chinese steel production in May hit an annualized rate of 800 million metric tonnes, compared to annual production in 2012 of just 717 million tonnes.

However, there are storm clouds gathering on the horizon for iron ore. Metal-Miner writes in Seeking Alpha that the huge ramp-up in supply from Australia is expected to add about 140 million tons of new capacity over the next two years. Brazil, too, will introduce much more product into the market than currently, having resolved much of the infrastructure problems at Vale’s (NYSE:VALE) mines.

But perhaps the biggest “elephant in the room” is India, reported MINING.com, in that India will soon be exporting a lot more iron ore to earn foreign currency due to the falling rupee. This will exacerbate the coming iron ore oversupply situation. The trend in India is the exact reverse of the government’s intended purpose of cracking down on illegal iron ore production and hiking export tariffs to turn the country into a net importer of the steel ingredient.

Then there is the demand side. According to Metal-Miner, strong steel production is putting downward pressure on steel prices, and inventories could begin to be drawn down, meaning less purchases of iron ore on the spot market. That has Standard Bank predicting iron ore will soon be in oversupply, and that prices could fall to $125 per tonne, or even lower, over the next couple of years, said Metal-Miner.

However Australia, the world’s largest exporter of iron ore, has raised its price of iron ore due to surging Chinese steel consumption, Bloomberg reported this week. The nation’s Bureau of Resources and Energy Economics raised its price estimate to $121 a tonne from the $117 it forecast in June; Australia is forecast to ship 570 million tons this year, up 16 percent from 2012, Bloomberg said.

Rio Tinto (NYSE:RIO, LSE:RIO, ASX:RIO) was given a hat tip by West Australian Premier Colin Barnett, who was given a tour of the company’s expanded Pilbara rail and port facilities in Cape Lambert, on Tuesday. The Australian reported Barnett as saying that Rio’s goal of 360 million tonnes a year will likely be achieved before the end of the decade.

Iron Clad Mining (ASX:IFE) has re-optimized the first stage of the mine plan at its Wilcherry Hill iron ore project on South Australia’s Eyre Peninsula. At prices of $133 a tonne, the project would generate $90 million in cash flow and an internal rate of return of 305 percent. The company expects to receive final port development approval in late October.

Centaurus Metals (ASX:CTM) said it is in advanced discussions with a leading Brazilian iron ore and steel group regarding an offtake agreement for its Jambreiro project in Southeastern Brazil. Toward that end, Centaurus said it has pushed back its planned delivery date, from mid-2014 to the first quarter of 2015. Centaurus also said its mining lease application received final technical approval from the Department of Mines.

Largest Producers of Gold by Country
A Look at Historical Copper Prices
What is Coltan? 5 Facts You Should Know
The Basics of Critical Metals Investing