The Chinese steelmaking sector is improving, which has put upward pressure on iron ore prices. 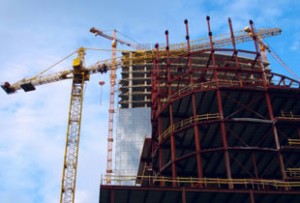 China may be slowing, but that hasn’t stopped the iron ore price from climbing.

Putting that number into perspective, the Financial Times (subscription required) said prices are nowhere near their peak of $200 a tonne during the Chinese construction boom, but are still over three times levels reached in 2007. The steelmaking ingredient has risen 20 percent since the start of June despite pessimism from other commodities sectors underpinned by a slowdown in the Chinese economy.

While demand for iron ore has been sluggish all year, a recent report from Macquarie, an Australian bank, indicates that sentiment is improving in the Chinese steel sector. That’s important because China accounts for about 60 percent of the seaborne trade in iron ore and is the world’s largest consumer of the commodity. The Macquarie report quoted by the Financial Times “pointed to a ‘marked improvement in sentiment’, noting that orders had improved and steelmakers were no longer destocking raw materials such as iron ore. Purchasing plans ‘have moved back up into positive territory, which should be supportive for prices.’”

In fact, even better times may be ahead for the steel market, which would translate to good prices for iron, according to Metal-Pages. It reported Wednesday that Austrian producer Voestalpine (VIE:VOE) is forecasting increases in steel prices by the fourth quarter, helped by current low inventories. Other analysts say the market could go into oversupply and counteract the recent price recovery.

Gindalbie Metals (ASX:GBG) about a week ago announced production of its first batch of 68-percent iron magnetite concentrate from its Karara mine in Western Australia. The mine is a joint venture with Chinese steelmaker Ansteel.

Eurasian Natural Resources (LSE:ENRC) said Wednesday that its ferrochrome and iron ore production increased in the second quarter, with its iron ore division operating at full capacity for all products except pellets. Iron ore extraction increased 9.9 percent, to 10.9 million tons, while saleable iron ore output advanced 21 percent, to 4.3 million tons. “Our operations in Kazakhstan and Africa have had an excellent quarter,” CEO Felix Vulis said in a statement. “Production volumes are up year-on-year across all of our key commodities, with the iron-ore division having had its best quarter in three years.”

Glencore Xstrata (LSE:GLEN) will suspend Australian iron ore mining from mid-August due to weak demand from China and higher costs, Metal-Pages reported. The company started mining magnetite with iron ore at its Ernest Henry mine in Queensland two years ago. “The business case, which made magnetite production a positive contribution to Ernest Henry’s operations, is not supported in the current market,” a spokesperson for the company said.

Three big names are out of the race to purchase Rio Tinto’s (LSE:RIO,NYSE:RIO,ASX:RIO) 59-percent stake in Iron Ore Company of Canada. The Financial Post reported that according to sources, “private equity firm Apollo, which had been working with Canadian pension fund CPPIB, rival Blackstone and commodity trader and miner Glencore were no longer in the race after a second round of bids last month” came in lower than expected. Rio is trying to sell a number of assets, including its $1.3-billion diamond business, as it seeks relief from a $19-billion debt burden.

Sundance Resources (ASX:SDL) announced Wednesday that it is issuing tender documents for the financing and construction of its Mbalem-Babeba iron ore project in Cameroon and Congo. AllAfrica.com reported that the project, including port and rail infrastructure, could be owned outright by Sundance or developed with a strategic partner. Perthnow.com notes that the $5-billion tender release comes despite recent setbacks for Sundance, including a collapsed deal with China’s Hanlong (USA) Mining Investment and a lawsuit from the family of a man killed in the airplane crash that killed the entire Sundance board of directors in 2010.