With Glencore International’s takeover of Xstrata still up in the air, Codelco, Freeport-McMoRan, and BHP Billiton continue to be the world’s top three copper producers. Producers expect copper prices to rise in coming months on expectations of a global economic rebound, and many will be increasing output. 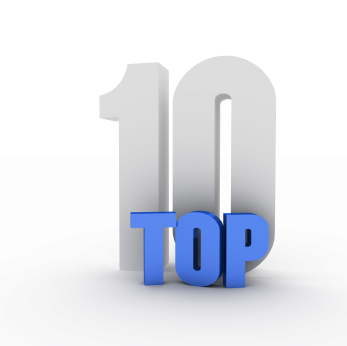 Copper prices are close to their 2012 low, but the bulls expect demand and prices to pick up accordingly later this year. In the near term, persisting concerns about the Eurozone’s outlook and the strength of the US economic recovery continue to weigh heavily upon copper producers that are balancing their drive to invest further in existing and future mines with meeting shareholders’ demand for steady returns.

Major producers, including BHP Billiton and Rio Tinto, have already declared that they will be cutting back on investing in mega-projects, which may impact global copper output in the longer term. In the short term, however, there is growing concern that the quality and quantity of the red metal will decrease even as demand from emerging markets increases.

Some analysts are upbeat about copper’s outlook, including Barclays Capital’s managing director in commodities research, Kevin Norrish. Presenting the investment bank’s annual outlook on commodities last week, Norrish said that while commodity prices in general may have fallen at their fastest pace since the 2008 financial crisis, fundamentals in the industry remain strong. Indeed, Norrish expects the price of copper to reach $9,300 per metric ton by the fourth quarter from $8,600 in the second quarter. Other industry analysts are less bullish, at least in the near term. Goldman Sachs reduced its price target for copper to $8,000 per metric ton from $9,000 a ton over the next three months, while Societe Generale dropped its copper outlook to $8,000 per metric ton from $8,220.

The world’s top copper mining companies include, in order of production:

The Chilean state-owned group remains the world’s biggest copper miner and produced a record 1.74 million tonnes of the red metal in 2011. The company expects output to fall slightly to about 1.71 million metric tons this year, but anticipates that production will surge to 2.1 million metric tons by 2020. In June, Codelco’s leadership changed as Thomas Keller took Diego Hernandez’s place as CEO amid Codelco’s ongoing dispute with Anglo American. At stake is whether Codelco can acquire a 49 percent stake in Anglo American Sur, which includes the Los Bronces mine. Last November, Anglo American sold off 24.5 percent of shares in the Chilean unit to Japan’s Mitsubishi (TSE:8058). Codelco had raised $6.8 billion from Mitsui & Co. (TSE:8031), another Japanese trading company, to exercise its option.

The world’s largest publicly-traded copper miner operates seven copper mines in North America and four in South America. Freeport also has stakes in the Democratic Republic of the Congo’s (DRC) Tenke mine and the Grasberg mine in Indonesia. The company has been struggling with labor disputes at its Grasberg mine since last autumn, but it believes the situation has now stabilized. Freeport anticipates that consolidated copper sales will reach 3.7 billion pounds, and its copper mining operations are expected to average about $1.43 per pound of the red metal this year. Exploration spending for this year is pegged at $275 million, up from $221 million a year ago.

In 2011 the Australian mining giant produced about 1.64 tonnes of copper, but CEO Marius Kloppers said in May that the company will be putting multibillion-dollar, so-called mega-projects like the Olympic Dam on hold for the next six months because shareholders want the company to invest strategically for more immediate financial returns. BHP is the majority shareholder in Chile’s Escondida mine, which is the largest copper mine in the world. During the first quarter, Escondida’s output rose 2.1 percent from a year ago to 240,215 tonnes as cathode production increased. In February, it approved plans with Rio Tinto for a $4.5 billion expansion that will increase Escondida’s output by 80 percent.

The Swiss mining group produced nearly 889,000 tonnes of copper last year, and it expects to increase output to 1.5 million metric tons by 2015. The company is currently in the process of being bought out by Glencore International, which already has a 34 percent stake in Xstrata. The combined company will create the world’s third-largest copper producer, pushing BHP Billiton into fourth place. However, the marriage is not yet a done deal, and is creating frustration among shareholders, particularly regarding $265 million retention packages for top executives. Xstrata’s shareholders will be voting for or against the $30 billion takeover bid on July 17.

The London-based group produced 645,000 tonnes of copper in 2011 through its six copper mines in Chile, including Los Bronces. In the first quarter of this year, copper output increased by 21 percent to 168,400 metric tonnes as output at Los Bronces increased and higher ore grades were found at the El Soldado mine. Production at Los Bronces is expected to more than double from 221,000 metric tons per annum through expansion plans, which will increase the mine’s output by an average of 200,000 metric tons per year. As for its ongoing dispute with Codelco, the two companies have agreed to suspend legal proceedings regarding shareholding in Anglo American Sur and attempt to come to a decision themselves. The legal suspension will be lifted June 22.

Based in Switzerland, Glencore produced 628,720 tonnes of copper in 2011. In addition to its bid for Xstrata, the company has secured majority control of its Mutanda copper mine in the DRC. Together with privately-owned High Grade Minerals and Groupe Bazano, Glencore proceeded with the $480 million deal, which will bolster its hold in Africa. The company has also ventured into deep sea copper mining, and recently struck a deal with Vancouver-based DeepGreen Resources to buy half of the copper and nickel that DeepGreen expects to produce from the sea floor off the coast of Mexico.

The Mexican group produced 598,000 tonnes of copper in 2011, and first quarter copper output increased by 20 percent from the previous year. Grupo Mexico expects its copper fundamentals to remain strong in the latter half of this year, with Chinese demand holding “steady through to 2013 due to the strong investments needed in infrastructure and energy.”

The Australian mining group produced 591,700 tonnes of copper in 2011. Output fell due to lower copper grades at its Kennecott mine in Utah as well as at its Escondida and Grasberg mines. Rio Tinto became the majority shareholder in Ivanhoe Mines, which operates the Oyu Tolgoi copper mine in Mongolia. Oyu Tolgoi is expected to begin initial production by the end of this year and commercial production is slated to begin by the first half of 2013.

With 80 percent of shares held by Grupo Mexico, Southern Copper’s red metal output reached over 587,400 tonnes in 2011. Copper mine production rose 23 percent in the first quarter as ore grades improved and the Buenavista mine in Mexico operated at full capacity. Looking ahead, CEO Oscar Gonzalez expects higher costs to make it 15 to 20 percent more expensive to invest in Peru. Nevertheless, the company will be moving forward with developing its $1.2 billion Tia Maria project, even as it faces local opposition. Southern Copper also plans to expand its Toquepala mine, even though there will likely be a two-year delay.

The Polish copper producer’s output reached about 543,000 tonnes of copper last year, and Newsweek named it the most valuable company in Poland. In February, KGHM bought out Canada’s Quadra for $2.83 billion. Speculation is growing, though, that the government of Poland, which is the company’s biggest shareholder at a 32 percent stake, is calling for higher dividends from the company.