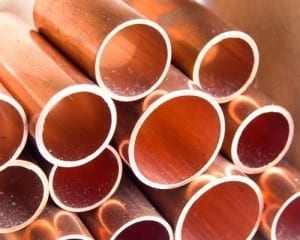 This week, Thomson Reuters GFMS released its annual copper survey. While things might be looking a bit better for the red metal, the firm is still forecasting a surplus for this year, and expects the market to stay in surplus through to 2018.

This week, Thomson Reuters GFMS released its annual copper survey. While things might be looking a bit better for the red metal, the firm is still forecasting a surplus for this year, and expectations for a tighter copper market have been pushed out to around 2020.
Thomson Reuters points out that global refined copper output has exceeded consumption of the red metal by more than 850,000 tonnes on a cumulative basis over the past four years. With the 150,000-tonne surplus expected in 2016, that number gets bumped up to about 1 million tonnes.
“It is only around the turn of the decade that the potential for a markedly tighter market looms when the impact of new mines and expansions has dissipated, and cuts to capital and exploration spending come home to roost,” the firm notes in an emailed statement.

Factors contributing to expectations for a surplus include slowing demand growth in China and a lack of sufficient cuts to supply. Thomson Reuters notes that the copper market is now headed for its fifth consecutive year of surplus and falling prices.
Here’s a look at a few highlights from the report:

“The copper market’s present holding pattern could presage a leap into the abyss or the first tentative baby steps on the road to recovery,” the report states. “We believe that the lows of this cycle have yet to be seen.”
Still, it’s worth noting that Thomson Reuters expects the copper surplus to shrink. This year’s call for 150,000 tonnes of oversupply comes in at less than half of last year’s 363,000-tonne number, and while the firm stresses that it won’t mean an immediate uptick in prices, the lower number is still a welcome statistic.

Overall, Thomson Reuters is calling for a slow, medium-term recovery for copper prices, and states that the space is still working through “the long line of projects encouraged by the last price boom.” Thomson Reuters analysts see three-month LME copper prices averaging $4,850 per tonne for 2016, with potential for further downside for copper prices before the year is out.
By 2018, things are looking a bit better. The copper supply surplus is expected to fall to just 60,000 tonnes, with copper prices anticipated to increase to $5,738. Risks to that copper price prediction include a recession in the US, devaluation of the Chinese yuan or a slowdown in global trade.
Certainly, even though the firm’s forecast for a copper deficit has been pushed out a little further, there’s still a bit of optimism on the horizon. “[T]here is no doubting that the current low price environment is sowing the seeds for the next boom as projects are shelved, delayed, sold or abandoned completely,” the report states.
Don’t forget to follow us @INN_Resource for more updates!

Securities Disclosure: I, Teresa Matich, hold no direct investment interest in any of the companies mentioned in this article.