Thomson Reuters GFMS recently updated the Q1 2015 copper cost curve data for its Copper Mine Economics report. The Investing News Network was able to chat with Bruce Alway, base metals mining manager at GFMS to discuss the results. 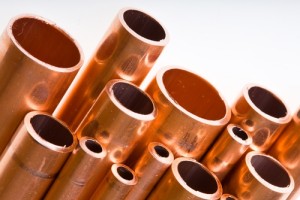 Thomson Reuters GFMS recently updated the Q1 2015 copper cost curve data for its Copper Mine Economics report, and the Investing News Network was able to chat with Bruce Alway, base metals mining manager at the firm, to discuss the results.

Based on its look at roughly two-thirds of global copper production, Thomson Reuters found that in Q1, net cash costs for copper were down 5 percent year-over-year, at $3,661 per tonne, while total unit costs, including depreciation, came in at $4,665, well below the current LME copper price. Costs were flat compared to Q4 2014.

“It sounds quite low, but really you’ve got to be cautious in that number,” said Alway. “That’s a weighted average, so you’ve got some very low operations and some very high cost.” Certainly, Thomson Reuters notes that the copper price has fallen faster than costs, meaning that margins have fallen 17 percent and higher-cost producers have been pushed into the red in terms of cash costs.

Alway noted that net cash costs for the 90th percentile in Q1 came in at $5,051. That number increases to $6,126 with depreciation factored in, higher than Monday’s LME copper price of US$5,948 per tonne. “It’s the first time in a long time that you’re actually losing money in the 90th percentile,” Alway said. “It is an issue. It’s getting tighter for the industry.”

Alway also spoke about some of the trends driving lower cash costs for producers. Here’s a look at what he had to say.

Of course, as with many other commodities, a lower oil price has helped copper producers. Alway noted that copper costs make up between 5 and 20 percent of on-site production costs, but that the impact of cheap oil has been softer than one might expect — a cheaper price may take longer to have an effect due to existing contracts and on-site inventories, not to mention the fact that prices paid by miners are often higher than the contract prices quoted in the papers.

“The fact that we saw cash costs down 3 percent despite a 41-percent drop in oil is not that surprising because there’s not an immediate reaction,” Alway stated. “But I do think that will be a positive in the next quarter and probably the quarter after that, oil price depending.”

Long term, grades being mined are still falling, but for Q1 2015, the average implied ore grade was up 0.65 percent, at 0.67 percent copper (Alway noted that he’s looking at recovered grades, not head grades). To him, that indicates that some copper miners could be going after higher grades, although he couldn’t say definitively.

“As a producer, what do you do if the copper price is collapsing? You have to high grade — so this is selective mining,” he said.

Alway also suggested that higher average grades could be chalked up to sequencing. “Imagine a big open pit,” he said. “You’ve probably got two or three different working faces at any one time. You might be able to preferentially mine a high-grade section of the open pit [due to lower metal prices] if you’ve got enough flexibility.”

Beyond that, although a stronger US dollar has weighed on the copper price as of late, Alway noted that the situation has actually helped producers in non-US countries in terms of cash costs. “Some [producers] benefit from a weaker local currency because they’re selling in dollars,” he said.

Still, there’s only so much existing producers can do. “The copper price has been in decline for many years, and more recently it’s been at quite low levels for quite a few quarters,” said Alway, adding that he’s been seeing copper companies talking about cost control and capex control for the past three or four years. “I think there’s limits, and we must be pretty close to those limits in terms of just being able to lower prices consistently.”

Alway also pointed out another data point that surprised him: Chinese refined copper output was up 9 percent year-over-year for the quarter. “It shows you that there’s a lot of concentrate out there,” he said.

What does it mean for prices?

Despite those pressures on producers, Alway said that Thomson Reuters is still forecasting 3-percent growth in mine supply this year. He explained that the 90th percentile being underwater isn’t necessarily indicative of supply coming off the market.

“The idea is that if the average copper price falls below the most expensive producer for a sustained period, they have to close, and therefore it rebalances the market and then the price will rise,” he said, adding, “but as we know, producers don’t like closing mines.” To be sure, closing mines, even temporarily, can be a difficult decision for producers given considerations such as environmental liabilities and rebounding metals prices. And it would seem that plenty of producers have been doing a good job of hanging on thus far.

Taking a look at production, copper companies managed to record a 3-percent production increase for the first quarter compared to the same period in 2014. Relative to Q4 of 2014, production dipped 6 percent, but Alway explained that he prefers to look at year-on-year comparisons due to seasonality. “If you focus on the change from the fourth quarter, it might be a bit misleading because [the] fourth quarter is often stronger, first quarter often weaker,” he said.

Still, Thomson Reuters is holding to its price predictions from earlier this year: an average of $5,975 for 2015 with a much higher incentive price of $7,073 for new mine production. Certainly, the latter number offers a more welcoming scenario, and base metals investors will continue to watch for further changes in the space.

Why is Thomson Reuters GFMS Predicting a $7,073 Incentive Copper Price?

Silver Price Manipulation: Fact or Fantasy?
What Was the Highest Price for Silver?
Could the Silver Price Really Hit US$130 per Ounce?
When Will Silver Go Up?