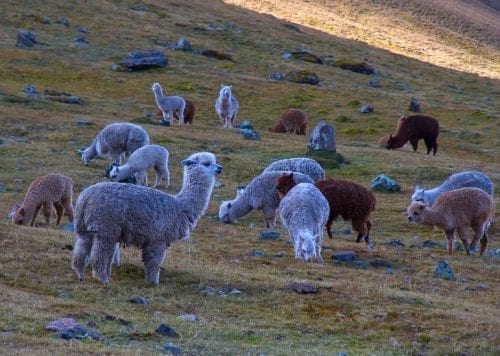 Freshly spun off from Equinox Gold, Solaris has inked a deal that could see Freeport-McMoRan earn an 80-percent interest in the Ricardo project in Chile, located in the same region as the Escondida mine.

Under the agreement, Freeport will be able to earn up to an 80-percent interest in the property if it spends US$130 million, or US$30 million and delivers a feasibility study for a mine at the property.

Greg Smith, CEO of Solaris, said that Ricardo will benefit from Freeport’s bulk and expertise.

“Exploration at the prospective Ricardo property will be significantly enhanced by the technical and financial capacity of Freeport,” he said.

He added that the arrangement will allow Solaris to multitask. “We are very pleased to partner with Freeport in advancing the Ricardo property as we focus on our flagship Warintza project in Ecuador.”

Spending in the first two years and then spending in the following three are stages one and two of the agreement, and both must be completed for the company to receive the 60-percent interest.

“Upon completion of both Stage 1 and Stage 2, Freeport can elect to complete Stage 3 to earn an additional 20 percent interest in the Ricardo property whereby Freeport will complete the first of 1, sole funding a feasibility study for a mine at Ricardo and 2, spending an additional US$100 million in exploration expenditures,” said Solaris.

“Should Stage 3 not be completed within ten years, Freeport can maintain the option by paying to (Solaris) US$1 million annually until Stage 3 is complete.”

The property, which is described by Solaris as “grassroots exploration” stage, spans 16,000 hectares in Northern Chile, some 30 kilometers south of Chuquicamata.

It has some big-name neighbors in Escondida, Collahuasi and Zaldivar, no doubt explaining Freeport’s interest — despite only limited drilling being conducted there since it was acquired by Equinox in 2013.

Solaris is not listed on any stock exchanges (yet), but it’s still early days for the copper-focused company, which was spun off from Ross Beaty’s Equinox Gold only two months ago.

Its flagship project is the advanced-stage, Ecuador-based Warintza copper-moly asset, and it has a 60-percent interest in the La Verde project in Mexico where it’s working with Teck Resources (TSX:TECK.A,TSX:TECK.B,NYSE:TECK).