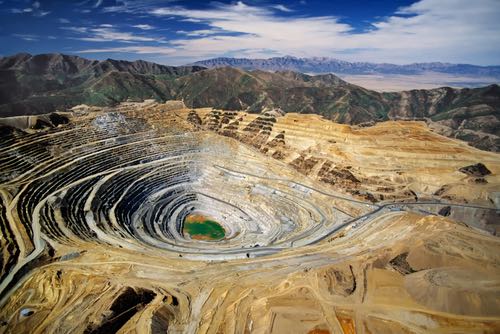 In a move to advance its focus on copper, Rio Tinto has committed itself to extending the mine life of its Utah mine.

Mining giant Rio Tinto (ASX:RIO,LSE:RIO,NYSE:RIO) will invest US$1.5 billion in its Kennecott copper mine in Utah in a move to expand the mine’s life and further the company’s investments in copper.

The investment will extend the life of the Kennecott mine from 2026 through 2032 at the very least, with the option of keeping it operational afterward. Rio Tinto boasted that this investment will produce “attractive returns” but did not offer any specifics regarding the potential payout.

“We like copper. We like the US,” Rio Tinto’s Chief Executive Jean-Sebastien Jacques said in an interview with Reuters. “If we had not taken this decision, our position in the US market would be shrinking.”

This news follows in the footsteps of other major mining companies that have upped their stake in copper, expecting the red metal to make gains in the coming years. In November, Barrick Gold (TSX:ABX,NYSE:GOLD) announced that it had met its sales target, which freed up the capital necessary to set its eyes on copper.

Copper has become a hot topic for investors and analysts alike, as more and more parties expect the red metal to fuel the incoming electrification boom. At Mines and Money New York earlier this year, Goehring & Rozencwajg Managing Partner Adam Rozencwajg told the Investing News Network that copper will become more important as copper-intensive forms of electricity grow in popularity.

“People don’t fully appreciate that to generate electricity via either solar or wind, it’s anywhere between 30 to 40 times as copper intensive as traditional coal– or natural gas-fired plants,” he said. “What’s happened to copper demand in Germany, Spain and Italy over the last decade … you can see a huge divergence where all three of those countries that have pushed large renewable mandates, their copper demand is actually flat to slightly up.”

This push toward renewable energy is also apparent at the mines themselves; Rio Tinto announced its plan to reduce its carbon footprint and introduce renewable energy at its Kennecott mine in May of 2019.

Kennecott is not Rio Tinto’s only copper asset; Rio Tinto also owns and operates the Oyu Tolgoi mine, which faced some legal trouble in November when a non-governmental organization disputed the government’s contracts regarding the land. The dispute, however, was quickly solved, with the government giving Rio Tinto the go-ahead a week later.