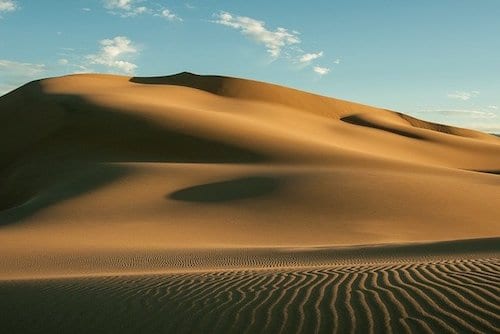 The diversified miner is defending its Oyu Tolgoi mine in Mongolia, stating that no illegal actions have been taken at the site.

Global miner Rio Tinto (ASX:RIO,LSE:RIO,NYSE:RIO) has denied claims that the government of Mongolia did not follow due process at the Oyu Tolgoi project, as alleged in a lawsuit by the non-government organization Darkhan Mongol Nogoon Negdel.

According to Rio Tinto’s statement regarding the lawsuit, it appears that the administrative court may be leaning toward siding with the non-governmental organization, which alleges that the government did not follow due process when processing Rio Tinto’s paperwork.

“Rio Tinto strongly refutes any suggestion that the (Oyu Tolgoi underground mine development and financing plan) or any of the foundational OT Agreements are illegal,” reads a part of Rio Tinto’s comments about the lawsuit.

“Adherence to the principles of the Investment Agreement ARSHA and the UDP has allowed for the development of the Oyu Tolgoi mine in a manner that has given rise to significant long-term benefits to the people of Mongolia,” the release also says.

The Oyu Tolgoi mine is set to become one of the world’s largest copper mines, featuring both underground and open-pit components that would yield an annual output of 500,000 metric tons of copper when fully functional.

Rio approved the development of the underground operation in 2016 with first production estimated for 2020; the project’s open pit began production in 2013.

But the project has met many hiccups these past few months. Over the summer, Rio Tinto announced the discovery of potential stability risks within the approved underground mine design; as a result, it had to start from square one and consider other mining options.

To address the necessary changes, Rio Tinto may delay production underground by eight months as it manages challenging geotechnical issues, Shaft 2 construction complexities and other work.

In addition, the underground mine has become pricier, with preliminary development estimates now set at US$6.5 billion to US$7.2 billion, a significant increase from its original estimate of US$5.3 billion.

Still, Rio Tinto’s share price has done well this year, increasing by 23.17 percent since January. It hit its peak on July 2, when it reached AU$107.05 and has not dipped below the AU$80 mark since January 25.

Zinc Exploration in the Mining-friendly Jurisdiction of Spain
Top Uranium Mines around the World
Steppe Gold Limited Announces Its Financial Results for the Quarter Ended March 31, 2020
Steppe Gold Provides an Update on Ore Processing at ATO Gold Mine in Mongolia