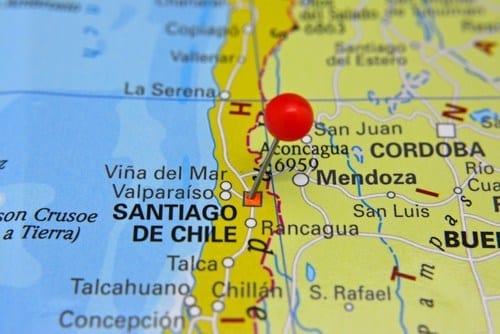 JXTG Holdings is reportedly considering selling its majority ownership interest in the Caserones copper mine in Chile.

JXTG Holdings (OTC Pink:JXHGF,TSE:5020), a Japanese petroleum and metals conglomerate, is reportedly considering selling its majority ownership in the Caserones copper mine in Chile.

First reported last week by The Wall Street Journal, which cited people familiar with the matter, the company is exploring what could allegedly turn into a US$1 billion sale of the asset. According to the news outlet, the company’s sale consideration comes as predictions surrounding the copper space point to consistent strength in pricing.

Pricing expectations are being partially driven by growing demand for electric and hybrid vehicles, for which copper is a key component, as well as lessening investment in new copper mines.

“Copper is very vulnerable to supply shortages, and we do need a good pipeline of projects to meet demand growth. At the moment the pipeline is very thin, and exchange inventories are low,” Dan Smith, head of commodities research at Oxford Economics, previously told the Investing News Network.

“If equity markets rally and the US [dollar] weakens, then copper will be boosted for sure. Fundamentals will also play a role but only a minor one. We expect copper prices to trend higher over the next couple of years and prices are likely to move above US$7,000 at some point in the year ahead,” he added.

When asked for comment on the report by Reuters, a spokesman with JX Nippon declined to feed any current speculation.

“We can’t comment on the report as that is not something that we have decided,” the spokesperson said.

While Caserones has a docketed mine life of 28 years and an annual production goal of 150,000 tonnes, the asset has hit some major bumps over the last few years. The mine’s operator, Minera Lumina Copper Chile, was forced to pay US$11.9 million in fines from Chile’s Superintendency of the Environment (SMA) for breaching environmental rules in 2015.

The operator came under fire again this past February for further environmental infractions at the mine, and is currently facing fines of up to US$54.8 million from Chile’s SMA.

As of April 18, copper was trading at US$6,443 per tonne on the London Metal Exchange.