Copper prices witness some well-deserved relief over the past few days, spurred my positive manufacturing data out of the U.S. On Tuesday morning, copper continued its ascent, trading as high $4.0395 a pound, but quickly gave-up those gains when news that U.S. April home construction unexpectedly fell hit the markets. 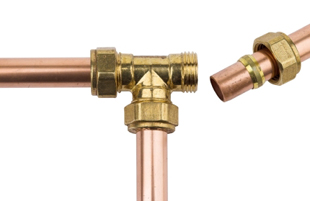 Copper prices, battle-scared from the recent commodities sell-off, witnessed some well-deserved relief over the past few days, spurred by positive manufacturing data out of the U.S. On Tuesday morning, copper continued its ascent, trading as high $4.0395 a pound, but quickly gave-up those gains when news that U.S. April home construction unexpectedly fell hit the markets. The Commerce Department reported that April construction of homes and apartments dipped 10.6 percent the previous month, and was down 23.9 percent from the same month in 2010.

The decline served as a reminder that the housing sector remains a troubling spot of the U.S. economy. Housing is a data point that copper is particularly sensitive to, due to its prolific use in wiring and plumping. Copper’s most actively traded contract, for July delivery, recently traded 0.3 cent, or 0.1 percent, higher, at $3.9935 a pound on the Comex division of the New York Mercantile Exchange. The thinly traded front-month May contract was recently up 0.1 percent, at $3.9865 a pound.

Data released last week by the Institute of Supply Management showed business at U.S. manufacturers expanded faster than forecast in April. U.S. factory activity eased to 60.4 in April from 61.2 the previous month, a decline, but still better than what analysts had projected.  While the manufacturing data failed to provide copper with consistent direction, in support of copper prices, U.S. International Trade Commission showed March copper imports jumped to a two year high of 66,166 tonnes, up more than 30 percent from the 50,494 tonnes recorded in February.

Copper on the Shanghai Futures Exchange ended slightly higher Tuesday, supported by gains in Chinese equities and bargain hunting after the metal’s recent pullbacks. Concerns that China’s efforts to stifle inflation would curb the top consumer’s demand have been a major contributing factor to the metal’s recent slide.  Copper inventories tracked by the LME are up 34 percent from the 2010 low on Dec. 10. Today they climbed 500 tonnes to 467,575 tonnes. Cancelled warrants rose 4,300 tonnes to 24,650 tonnes.

Vancouver-based Quadra FNX (TSX:QUX) has agreed to form a joint venture with Japan’s Sumitomo Metal Mining and Sumitomo Corp. to develop its Sierra Gorda copper-molybdenum project in Chile. Sumitomo Metal and trading house Sumitomo Corp. will invest $724 million in exchange for a 45 percent stake in the Chilean copper project. Sumitomo will also arrange for $1 billion in debt financing to help fund the project’s development. Quadra will retain a 55 percent stake in the mine, Sumitomo will buy 50 percent of the mine’s annual copper output, and Quadra will have the right to direct the sale of the remainder. The $2.9 billion project, due to begin production in 2014, will allow Quadra to boost its copper output to over 500 million pounds annually.

Kagara Limited (ASX:KZL) has announced a maiden inferred resource for its Griffiths Hill Copper Zone located in the Chillagoe region of North Queensland.  The maiden inferred resource is for 1.05 million tonnes at 3.06 percent copper, 64g/t gold, 0.62g/t silver (32,000 tonnes contained copper).  The resource is expected to increase with further drilling and excludes a number of significant recent high-grade copper intersections. Exploration further along strike within the mine corridor is now underway and a second drilling rig has been contracted to increase the pace of exploration.  Subject to regulatory approval, Kagara plans to commence an exploration decline to access the Griffiths Hill Copper Zone.  This would commence later this year and take approximately two years to complete.

Candente Copper Corp. (TSX:DNT) announced  Tuesday that it plans to restructure itself through a spin out transaction into two separate public companies,  so that it can focus its attention on the main Canariaco copper project in Peru. Candente said it hopes to incorporate a new subsidiary, ExploreCo, and transfer 100% of its indirect interest in all of its Peruvian exploration properties, except for the Canariaco and Jehuamarca claims. In addition, as part of the deal, Candente Copper intends to subscribe for common shares of ExploreCo to provide the new unit with approximately $6 million in working capital. ExploreCo plans to list its common shares on either the Toronto Stock Exchange or the TSX Venture Exchange, as well as the Bolsa de Valores de Lima stock exchanges.