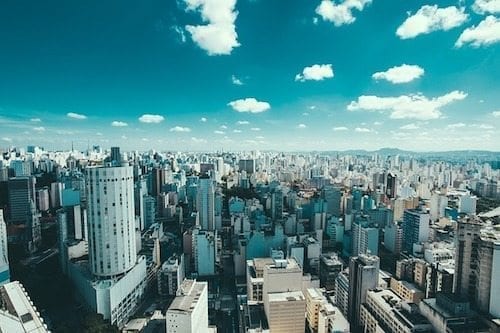 The company released copper drill results from the Vermelhos and Pilar mineral districts, and announced a new discovery at its NX gold mine.

Base metals miner Ero Copper (TSX:ERO) closed Thursday (April 18) up 10.52 percent after releasing an update on drilling at the Vermelhos and Pilar mineral districts, both located in Brazil.

The company also shared details on exploration activities at its NX gold mine, also in Brazil.

In total, 11 drill rigs are now operating in the Vermelhos district, with eight of those focused on long-term exploration. The area contains Ero’s Vermelhos underground mine, which was commissioned ahead of schedule last August and produced 206,873 tonnes of ore grading 2.72 percent copper for the year.

Thursday’s results were gathered from December of last year to March, and Ero says they have increased the previously modeled thickness and the known extent of mineralization at the Vermelhos district.

The company has also recently completed programs for airborne geophysics and data compilation, and Ero believes that, in combination with the drill results, the programs show potential for the Vermelhos mine to extend along a north-northeast trending structure.

This structure is now the focus of exploration drilling at the Vermelhos district, although drilling at other areas, including the region containing hole FVS-364, is still taking place as well.

Ero has another 13 drill rigs going at the Pilar district, which is home to structures including the Pilar underground mine and the Caraíba mill complex. During the December to March period, work was focused on the area’s West Limb and on the Pilar mine’s Deepening Extension zone.

The company was able to identify a high-grade zone of mineralization in the West Limb’s southern areas, and also learned that Deepening Extension is open to depth and to the south. Aside from that, Ero validated 20 of 53 historic West Limb drill holes found during a data digitization program.

The Vermelhos and Pilar districts are both part of Ero’s Vale do Curaçá property, which it holds through its 99.6 percent stake in Brazilian copper miner Mineração Caraíba (MCSA). Aside from Vale do Curaçá, MCSA owns the development-stage Boa Esperança copper project.

As mentioned, Ero also released drill results from its 97.6 percent owned NX gold mine. The results are the first the company has provided from the asset, and the company says that they represent a significant new discovery. Located between the Bras and Buracão veins, the discovery is called Santo Antonio, and includes 3 meters at 19.38 grams per tonne gold.

Ero is currently working to confirm the extent of mineralization at Santo Antonio.

In a note to clients, analysts at Raymond James said that Thursday’s results confirm the exploration upside at Ero’s assets. They expect to see reserves increase significantly at Vale do Curaçá when the company updates its reserves and resources this year, and anticipate a rise in mine life for NX.

Ero finished Thursday at C$17.86. The company is up 83.37 percent year-to-date, and made the Investing News Network’s top TSX copper stocks list for Q1.