Copper ascended on Monday in unison with the rise in U.S. stocks, which advanced to their highest level in five weeks as upbeat Chinese factory data spread optimism across the markets. 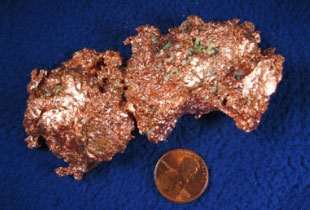 Copper ascended on Monday in unison with the rise in U.S. stocks, which advanced to their highest level in five weeks as upbeat Chinese factory data spread optimism across the markets.

The Dow Jones industrial average gained 81.36 points, or 0.78 percent, to 10,544.13. The S&P hit a one month high.  This optimism, however, was short-lived; market sentiment and copper prices showed a distinct reversal in this trend overnight.

Monday’s upside was owed to a report on China’s growth, showing that industrial production rose 13.9 percent year on year, rebounding after slowing to 13.4 percent in July. In addition, the U.S. dollar witnessed its biggest one day fall against the euro in two months, encouraging money flows into riskier currencies.

On Tuesday, the metal reversed, falling as confidence in the German economy slumped and investors were cautions over the possibility that China may take steps to curb real-estate investment. Copper futures for delivery in December fell 3.7 cents, or 1.1 percent, to $3.442 a pound on the Comex.

Germany’s ZEW Center for European Economic Research said its index of investor and analyst confidence, which aims to predict developments six months ahead, dropped to minus 4.3 from 14 in August. The figures “pointed to deterioration in the currently strong conditions,” said David Thurtell, a Citigroup Inc. analyst in London. On the LME, copper for delivery in three months dropped $59.75, or 0.8 percent, to $7,570 a metric tonne. Inventories tracked by the London Metal Exchange gained for the first time in eight sessions.

Rio Tinto PLC (NYSE:RTP) announced on Monday that it increased its stake in Ivanhoe Mines Ltd. (TSX:IVN; NYSE:IVN; NASDAQ:IVN). Rio Tinto bought an additional 40.1 million Ivanhoe shares at US$10 each by exercising a $350 million convertible credit facility issued to Ivanhoe in 2007, increasing its stake by 5.3 percentage points to 34.9 percent.

The increase in ownership comes just a week after Ivanhoe’s announcement that it was on track to begin production at its flagship Oyu Tolgoi copper-gold mine in 2012.  The mine is expected to have average annual production during its first 10 years of more than 540,000 metric tonnes of copper and 650,000 ounces of gold. That compares with Rio Tinto’s annual production at the end of 2008 of 699,000 metric tonnes of copper and 501,000 ounces of gold. Rio Tinto also holds additional warrants on Ivanhoe shares; if it exercised all of them, it could increase its stake in Ivanhoe an additional 9 percentage points, to almost 44 percent.

Copper miners in Zambia’s North Western province have formed a rival miners’ union group, Allied Workers Union of Zambia, to represent workers at Kansanshi and Lumwana Copper Mines, officials said Monday. Union officials said that the group now brings the number of miners unions in the country to three. The Miners Unions of Zambia plus the National Union of Miners and Allied Workers already represent at least 50,000 miners in the Copperbelt area. Zambia’s current two main miner unions have accused the government of backing the new union in order to weaken the labor movement in the country.

Zambia is Africa’s largest copper producer, and the country is also gaining influence in its global position as a copper producer.  The North Western province is threatening to overtake the Copperbelt following the opening of Equinox Minerals Ltd.’s (TSX:EQN) Lumwana Copper Mines two years ago. The province is also host to First Quantum Minerals Ltd.’s (TSX:FM) Kansanshi Copper Mines, currentlyZambia’s largest single copper mine by output.

The discovery was made from a geological prospecting and sampling program south of the Guatacondo Creek.  “I am very pleased with the discovery of yet another copper porphyry system on the Copaquire property. This new discovery is particularly exciting as it confirms our belief that Copaquire will ultimately realize its potential of being a major copper project in Chile,” commented George Sookochoff, President and CEO of PBX. The Copaquire project is located in the Chilean copper porphyry belt. This arc-parallel belt includes 30 porphyry copper-molybdenum deposits and prospects with the largest amount of copper concentration in the world, totaling about 220 million tonnes of copper.