Copper fell from a one-week high early Tuesday, as surging energy costs and inflation in China threatened to slow demand for the red metal. 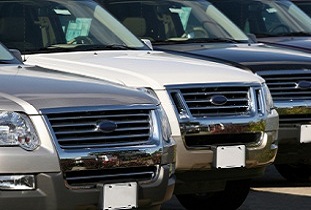 Copper fell from a one-week high early Tuesday, as surging energy costs and inflation in China threatened to slow demand for the red metal. This was the first time the metal dropped in four sessions, as data from China showed a rise in input prices in February, and a drop in manufacturing growth to a seven-month low.

China’s official purchasing manager index fell to 52.2 in February from 52.9 in January, the China Federation of Logistics and Purchasing said, beating forecasts of a drop to 52.0. “It looks like China is finally starting to slow and the policy measures over the past year are biting. But inflation is still a concern,” said a trader in Singapore.

Three-month copper on the London Metal Exchange fell $67 to $9,818 a tonne by 0700 GMT. Shanghai’s most active copper contract lost 0.4 percent to 74,000 Yuan. Also dampening copper’s rally was the increase in crude oil prices. Crude oil rose as much as 1.9 percent, to almost $99 a barrel on concern that unrest in the Middle East would spread to Iran, OPEC’s second largest oil exporter.

The most actively traded contract, for May delivery, was recently up 0.3%, or 1.45 cents, at $4.5105 per pound on the Comex division of the New York Mercantile Exchange. Copper for March delivery, was up 0.3%, or 1.3 cents, at $4.4910 a pound. Earlier in the day, Comex copper futures slipped into negative territory as weaker-than-expected U.S. January construction data outweighed an upbeat U.S. manufacturing report. Construction spending fell for a second consecutive month in January, down 0.7% to a seasonally adjusted annual rate of $791.82 billion. Economists expected a decline of 0.4%. While copper prices have bounced around a bit the past few weeks, most traders maintain their earlier, bullish sentiment on the metal’s future. “You can expect the recovery to continue without roadblocks,” said one metals trader.

Meanwhile, copper traders await Fed Chairman Ben Bernanke’s testimony to the U.S. Senate Banking Committee. Expectations are that Bernanke will maintain his stance of keeping interest rates low for an extended period and maintaining the central bank’s liquidity programs in place amid the still-fragile economic recovery.

KGHM, Europe’s second biggest copper producer, is considering a dual share listing to help fund the company’s aggressive foreign expansion plans. KGHM’s executive team has a goal of growing the company into one of the world’s top five producers by 2018. KGHM is currently the ninth largest copper producer and second largest producer of silver.

Hoping to continue to benefit from the surge in metal prices, the state-controlled Polish miner wants to raise its annual copper output by around a third to “well above” 700,000 tonnes in seven years via investments of around 30 billion zlotys ($10.5 billion), including 7.5 billion set aside for this year. KGHM, which in the past has had mixed success in venturing outside its home base, last year set up a joint venture with Abacus Mining to develop its Afton-Ajax copper-gold project in Kamloops, British Columbia.

Exeter Resource Corporation (TSX:XRC) (AMEX:XRA) (FRANKFURT:EXB) has entered into an option agreement with Xstrata Copper to acquire 100% of the Sideral project adjacent to its Caspiche gold-copper porphyry property in the Maricunga gold district of Chile. The Sideral property covers 1,190 hectares and is located immediately east of Exeter’s Caspiche tenure of 1,260 hectares.

Previous exploration has highlighted anomalous gold-copper surface geochemistry coincident with geophysical (electrical) anomalies comparable to those that define the Caspiche Porphyry. Additional electrical geophysical work and sampling has already begun on the property to further expand and define these anomalies. Preliminary drill testing is expected to commence in early March, 2011.

Justin Tolman, Exeter’s Caspiche Project Manager stated “Global exploration has repeatedly demonstrated that one of the best places to find a new porphyry system is near an existing one. This has been evidenced by recent discoveries close to a number of known porphyry deposits elsewhere in Chile.”