Easing concerns over the state of the global economy sent copper on its first winning streak in months. Monday marked the fourth straight day that the metal was in positive territory. Copper closed last week with the biggest weekly gain in over four months. 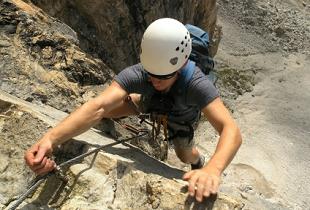 Easing concerns over the state of the global economy sent copper on its first winning streak in months.  Monday marked the fourth straight day that the metal was in positive territory.  Copper closed last week with the biggest weekly gain in over four months.

In the US, May consumer spending figures rose more than forecast; a sign households are gaining confidence in the recovery and the job market. Despite previous data suggesting a recovery in the United States, consumer confidence, a key to an economic recovery, has lagged behind.   According to the Commerce Department’s figures, May’s data shows that purchases rose 0.2 percent after little change the prior month. Incomes climbed 0.4 and the savings rate increased to the highest level in eight months.

Declining inventories in Shanghai and London provided further support for copper prices.  Shanghai copper stockpiles decreased by the most in 11 months last week, to the lowest level since the week ended Feb. 19. Inventories monitored by the LME have declined 9.6 percent this year and canceled warrants, or the metal earmarked for delivery, have increased to the highest level since March.

Shanghai’s benchmark third-month copper futures contract hit 54,490 Yuan a tonne, the highest in nearly a month. Three-month copper on the London Metal Exchange was up half a percent at $6,795 after hitting a near one-month high of $6,875 in the previous session. Shanghai copper’s premium over LME stood at 287 Yuan. According to one Reuter’s technical analyst, LME copper could target between $7,014 and $7,043 per tonne.

Despite the fact that the US Economy is showing signs of growth, the Greenback is depreciating compared to the Yuan; a situation that will boost Chinese consumption and ease inflation. A higher Yuan makes Chinese exports less competitive but imports cheaper.

China has balked on a billion-dollar joint-venture agreement with Canadian copper producer Quadra FNX Mining Ltd. [TSE:QUX] to develop a project in Chile, citing financial jitters amid falling prices for the commodity.  Shortly after the deal was scrapped, Quadra Mining cut its copper production outlook for 2010 by about 12 percent due to slowdowns at two of its mines. For 2010, Quadra now estimates production of about 265 million pounds, compared with previous guidance of 300 million pounds.  Quadra is having issues at both its Franke mine in Chile, and its Carlota mine in Arizona. In Chile, problems with a stacker have resulted in worse than expected throughput and recoveries. At  the Carlota mine, heavy rainfall is curbing metals output. Quadra expects Franke to be back at optimum levels by the first half of 2011, while production at Carlota is expected to improve in the second half of this year.

Kazakhstan-based metals group Kazakhmys PLC (KAZ.L) is in talks to sell its German copper products unit Mansfelder Kupfer und Messing (MKM). Kazakhmys had taken over MKM in 2004. The German company produces a range of copper products including copper strips, wire, tubes and bars. Annual output of about 200,000 tonnes goes to a wide range of customers including the construction and engineering industries. The reason behind the sale is that Kazakhmys had made a decision to concentrate on its mining and primary copper production rather than downstream product output.

After the controversial announcement that countries will be allowed to bid for the development of mines in Afghanistan, Indian state-owned Hindustan Copper Ltd has expressed interest in bidding. A recent study by US geologists found Afghanistan had reserves of valuable minerals, including lithium, iron, gold, niobium, mercury and cobalt, on a larger scale than previously believed, worth about a trillion dollars. The Afghan government said this was a “very conservative estimate” and put the number at up to three trillion dollars. Afghanistan is likely to invite bids to develop mines in the country. “We are keen on the opportunity. We would like to bid for mines in the country, particularly copper,” Hindustan Copper Ltd (HCL) Chairman and Managing Director Shakeel Ahmed said.