Copper prices have been gaining over the last week as the red metal touched a three-week high last Friday, ignoring weak economic data out of the United States as a rally in equities and a weak greenback provided enough momentum to boost prices. 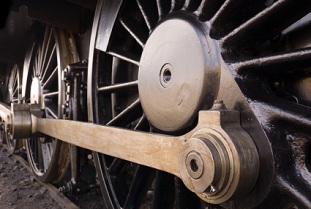 Copper prices have been gaining over the last week as the red metal touched a three-week high last Friday, ignoring weak economic data out of the United States as a rally in equities and a weak greenback provided enough momentum to boost prices.  Last week was the second straight week that copper prices gained, after dropping 11 percent from its record price three months ago. This week, copper extended last week’s gains on a declining greenback and reached a fresh three-week high on Tuesday.

Early in Tuesday’s trading day, copper’s most actively traded contract, for July delivery, climbed as high as $4.2125 a pound, the highest intraday price since May 4, on the COMEX division of the New York Mercantile Exchange. The US dollar was lower on Tuesday as investor demand for risky assets was buoyed by reports that German officials were considering a new package of loans to aid debt-stricken Greece.

Last week, copper premiums reached a seven-month high and stockpiles tracked by the exchange slid to a 21-month low. Despite the metal’s gains during the past two weeks, it is still on track to drop 1.3 percent, and if this trend holds, May will be the third month in a row in which copper prices have declined.  The recent downside has largely been based on data suggesting that China’s measures to curb inflation were finally taking affect, which in turn resurrected concerns that demand from the top-consumer would drop.

Despite the metal’s recent rut, the markets underlying fundamentals of shrinking supplies are still intact. According to The International Copper Study Group (ICSG), there was a 60,000 tonne deficit in the first two months of 2011 as opposed to an 119,000 tonne surplus during the same time period last year. The ICSG projects the deficit this year to climb to 377,000 tonnes. Looking forward, the study group expects the scarce availability of smelters to process the rising supply of concentrates will create tightness in the supply chain. Inventories of copper held in London Metal Exchange warehouses fell by 1,700 metric tonnes Friday, to 467,775 tonnes.

This week, copper prices are expected to be volatile, as the market will likely respond in a knee-jerk fashion to a slew of economic data expected out of the United States. The anticipated reports, manufacturing data, auto sales data, as well as unemployment reports, will be released this week. Red metal prices are already plagued by data suggesting that demand from copper’s two top consumers, China and the United States, is stumbling, any further evidence of weakness in either of the two economies will provide more than enough momentum to overshadow the fact that the market remains in a supply deficit.

Pan Terra Industries (TSXV:PNT) has signed a letter of intent to buy a majority stake in a high-grade copper mine owned by Namibia’s Mertens Mining and Trading Ltd. Pan Terra t will buy 90 percent of the shares of Mertens for C$6.6 million in cash, 2 million of its common shares and 2 million share purchase warrants at C $0.78 each, valid for two years after the closing of the deal. The company expects copper production from Mertens to fund its other Namibian operations and exploration costs. Mertens owns a fully equipped copper treatment project in Tsumeb and a license to explore the mineral-rich areas surrounding the mine.

Vancouver-based Capstone Mining (TSX:CS) has increased the measured and indicated resources at its Minto mine by 218.57 million pounds of copper, the company said on Monday. The firm also added 24-million pounds in the inferred category, bringing the total mineral resources at the Minto mine to more than one-billion pounds of copper, at a 0.5% copper cut-off. The resources were added in the Wildfire/Copper Keel area at Minto, which is now being recognized as a southeastwardly extension of the Area 2/118 deposit, which is currently being pre-stripped in preparation for mining, Capstone said. The company will now refer to the combined Area 2/118/Copper Keel/Wildfire mineral resources as a single mineral deposit, the Minto South deposit. Capstone plans to follow up this latest mineral resource addition with a new prefeasibility study, which is expected to start in the third quarter of 2011.