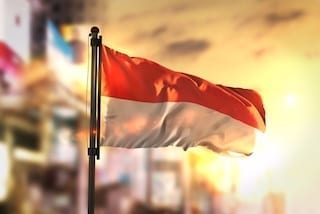 The company said it has reached an understanding with the government that will allow it to continue to operate its Grasberg mine.

After years of ongoing negotiations, copper giant Freeport-McMoRan (NYSE:FCX) has reached an agreement with Indonesia over Grasberg, the world’s second-largest copper mine.
On Tuesday (August 29), the company said it has come to an understanding with the government that will allow it to continue to operate its flagship copper asset through 2041.
“Reaching this understanding on the structure of a mutual agreement is significant and positive for all stakeholders,” said Richard C. Adkerson, chief executive of Freeport. “Important work remains on documenting this agreement and we are committed to completing the documentation as soon as possible during 2017.”


Give me my free report!
Phoenix-based Freeport said it made a “major concession and compromise” in selling a 51-percent stake in its Indonesian subsidiary, PT Freeport Indonesia. The company has also committed to spending up to $20 billion by 2031 to further develop the asset; some of the money will be used to build a smelter in the country within five years, Indonesia’s Ministry of Energy and Mineral Resources said.

“The result of this negotiation is in accordance with the instructions of President Joko Widodo to prioritise the national interest, the interests of the people of Papua, the sovereignty of the state in the management of natural resources, and keep the investment climate … conducive,” the ministry added.
In January, the Indonesian government introduced new rules requiring miners to adopt a special license, pay new taxes and royalties, divest a 51-percent stake in their operations and relinquish arbitration rights. As a result, Freeport halted copper concentrate exports and cut its workforce by 10 percent.
Despite strikes, the company was able to resume work in April; however, it wanted to retain the same legal and fiscal assurances it had under its original deal with the Indonesian government. According to a company statement released Tuesday, the government is now ready to provide “certainty of fiscal and legal terms.”
“We believe the deal was in line with market expectations and that both parties made compromises in order to end this long standing dispute,” Vertical Research Partners analyst Mike Dudas wrote in a report.
Still, the two sides will have to negotiate a price for the divestment of Freeport’s stake in PT Freeport Indonesia; so far the company has only said that it will be sold at “fair market value.” A final agreement will need to be documented and approved by Freeport’s board and partners.
“It looks like this long period of uncertainty over the future of the world’s second largest copper mine is coming to an end, for now,” analysts at Investec Bank in London said. “Determining how the government will buy its stake for ‘market value’ is likely to be an issue for the future.”
After the announcement, Freeport’s share price fell 2.29 percent to close at $15.16, despite a surge in the copper price. On Tuesday, LME copper rallied to its highest level in three years to close at $6,791.50 per tonne. The red metal touched $6,843.50 earlier in the day.
Don’t forget to follow us at @INN_Resource for real-time news updates!
Securities Disclosure: I, Priscila Barrera, hold no direct investment interest in any company mentioned in this article.