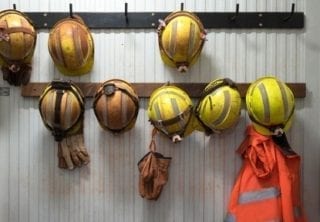 Up to 6,000 workers in Indonesia will continue to protest for another month, putting copper supply from Grasberg at risk.

Copper supply worries increased on Thursday (June 22) as workers at Freeport-McMoRan’s (NYSE:FCX) Indonesia-based Grasberg mine extended their strike for another month.
Up to 6,000 workers at Grasberg, the world’s second-largest copper mine, will continue to protest, Tri Puspital, union industrial relations officer, told Reuters. They first went on strike back in May, when Freeport laid off almost 10 percent of its 32,000-person workforce.
Freeport made the layoffs after being forced to halt copper concentrate exports and lower production at Grasberg for 15 weeks earlier in the year. The stoppage was the result of a government dispute over its mining license, and while it was going on the company reduced its workforce to cut costs. Freeport was able to resume exports in April.


Give me my free report!
Despite the strike, Freeport has said Grasberg is “running as normal.” Local spokesperson Riza Pratama said this week that “around 25,000 workers and contractors” continue to work at the mine. At the beginning of June, the company said that it considers 3,000 striking workers to have resigned as they failed to return to work after being asked five times.
Although it has resumed work at Grasberg, Freeport is still in talks with the Indonesian government regarding a new mining license. In January, the government introduced new rules that “require miners to adopt a special license, pay new taxes and royalties, divest a 51 percent stake in their operations and relinquish arbitration rights,” says Reuters.
The company’s current deal runs until 2021 with two 10-year extensions, and it has said it will only agree to a license that is accompanied by an investment stability agreement that replicates current legal and fiscal certainty. Freeport CFO Kathleen Quirk told the news outlet that while the company is on track to reaching a deal, it is unlikely to continue investing in Indonesia without it.
Adding to increasing copper supply concerns, data released by the International Copper Study Group (ICSG) on Tuesday (June 20) shows that the global refined copper market was in deficit by 5,000 tonnes in March; that’s compared to a 102,000-tonne surplus in February.
The ICSG also reported that world copper mine production is estimated to have declined by around 3.5 percent in the first quarter of 2017. That was mainly due to a 14-percent fall in production in Chile, the world’s top copper-producing country; output there was affected by a strike at Escondida, the world’s largest copper mine.
As of Thursday, three-month LME copper was trading at $5,743 per tonne after climbing 1.6 percent overnight.
Don’t forget to follow us @INN_Resource for real-time news updates!
Securities Disclosure: I, Priscila Barrera, hold no direct investment interest in any company mentioned in this article.