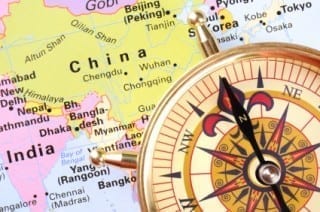 The red metal fell below the $5,500 mark for the first time since January this week.

The copper price was under pressure this week following a jump in LME inventories and a sharp drop in imports from China. Both events fueled concerns over demand.
Last week, LME copper stocks surged by more than 30,000 tonnes, while data from China, which is responsible for some 45 percent of global copper consumption, showed that the country’s imports fell by 30 percent, to 300,000 tonnes, in April.
“Sentiment is still down in the copper market due to the increase in the LME inventories [last week], and especially today [May 8] due to the fact that Chinese trade figures were disappointing,” ABN Amro analyst Casper Burgering told Reuters.


Give me my free report!
Three-month copper on the LME hit a four-month low on Monday (May 8), falling below the $5,500 mark for the first time since January and erasing its year-to-date gains. That day it was changing hands at $5,486, and the next day it ended just 0.5 percent higher, at $5,512.
“It’s a correction following a few months of losses,” said Sergey Raevskiy, an analyst at SP Angel. “Copper might trail in the second and third quarter on increasing rates in the U.S. and … [monetary policy] tightening in China.”
Earlier in the year, copper prices were buoyed by supply concerns due to mine disruptions and speculation over rising demand. The latter was supported by US President Donald Trump’s $1-trillion infrastructure plan and strong Chinese consumption.
But now those supportive factors are beginning to fade. “The optimism over Trump’s spending and China has been overblow,” Dan Smith, head of commodities research at Oxford Economics in London, told Bloomberg.
Similarly, analysts at Goldman Sachs (NYSE:GS) said recently in a note that going forward, “[t]he growth in the Chinese demand for industrial metals is likely to be much more muted.”

Even so, analysts continue to be cautiously optimistic about copper this year. Some believe that a US Federal Reserve rate hike, which could come as soon as June, will be positive for the red metal.
Historically, “commodities perform the best when the Fed is raising rates,” the Goldman Sachs analysts said. “This makes intuitive sense because the reason why the Fed raises interest rates is that the economy displays signs of overheating. Strong aggregate demand and rising wage and price inflation are precisely the time when commodities perform the best.”
According to panelists at FocusEconomics, the average copper price forecast for 2017 is $5,621. The most bearish forecast for the year comes from Liberum Capital, which is calling for a price of $4,740; meanwhile, DZ Bank is the most bullish with a forecast of $6,338.
Don’t forget to follow us @INN_Resource for real-time news updates!
Securities Disclosure: I, Priscila Barrera, hold no direct investment interest in any company mentioned in this article.