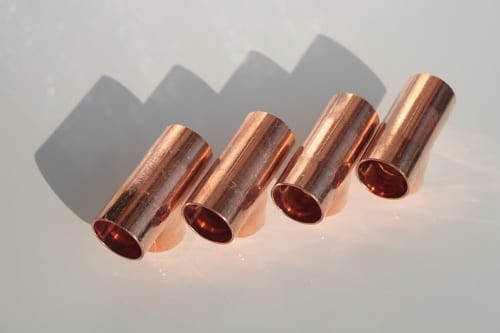 A brief introduction to copper mining in Canada, including an overview of the country’s geology and examples of companies working there.

Canada was once the third-largest copper miner in the world, after Chile and Peru. It has dropped to 10th place in recent years, but still remains a significant producer of the metal.

Companies engaging in copper mining in Canada generally produce the metal in conjunction with another metal. Copper is most often mined as a co-product of nickel, zinc, lead, gold or molybdenum. Like most base metals in the country, copper is hosted in massive sulfide and porphyry deposits.

While copper is widespread in Canada, areas where it is concentrated enough to be mined profitably are limited. Ontario and BC are the two largest copper-producing provinces. Mine output in Ontario is processed locally, but most copper mined in BC is shipped to Asia for smelting and refining.

Copper deposits are broadly classified on the basis of how they were formed. Sulfide deposits normally contain higher grades of copper and its co-products than porphyry deposits. They are also larger overall deposits in general.

Porphyry deposits, which are associated with igneous intrusions, yield about two-thirds of the world’s copper. They are therefore the world’s most important type of copper deposit. The major products from porphyry copper deposits are copper and molybdenum, or copper and gold.

The Sudbury Complex in Ontario is a unique geological structure, as it’s the site of a 1.8-billion-year-old meteorite impact crater. The mineral wealth there was discovered by accident, when railway engineers were constructing the Canadian Pacific Railway in 1885.

Today, the Sudbury Complex is one of the most productive copper-mining camps, and is home to one of the richest and largest polymetallic deposits in the world. Minerals are extracted by some of the world’s biggest mining companies, including mining giants KGHM (WSE:KGH) and Vale (NYSE:VALE). Sudbury is one of the richest underground copper mines, with reserves grading 7.9 percent copper.

Copper mining in Canada: The Highland Valley mine

The Highland Valley mine, located in BC, is the largest open-pit copper mine in Canada. It’s also one of the largest copper-mining and concentrating operations in the world. Highland Valley is majority owned and operated by Teck Resources (TSX:TECK.B,NYSE:TCK). It is built on a low-grade porphyry copper-molybdenum deposit.

BC is relatively underexplored even though there is a tectonic belt that runs up the majority of the province that is believed to be closely tied to the Highland Valley mine. The reason that this belt remains underexplored is that much of the ore is capped, either by glacial drift or thin basalt. In the past, that made exploration difficult; however, given the magnitude of the Highland Valley mine, extracting copper from the province seems worth the work.

Copper mining in Canada: Companies in BC and Ontario

Interested in copper mining in Canada, but don’t know where to start? We’ve put together a list of companies that are mining and exploring for copper in BC and Ontario — as mentioned, they are the country’s two most prolific copper-producing provinces.

It’s worth noting that while BC is home to a slew of copper exploration companies, Ontario is dominated by mining giants like Vale and KGHM. The companies listed below are in alphabetical order and had market caps of at least $5 million as of September 13, 2018.

Are you interested in investing in copper mining in Canada? Head to the comments and tell us why and where you’d invest. And if you think we’ve missed a company that should be included in this article, please let us know.

This is an updated version of an article originally published by the Investing News Network in 2010.

3 responses to “Copper Mining in Canada”