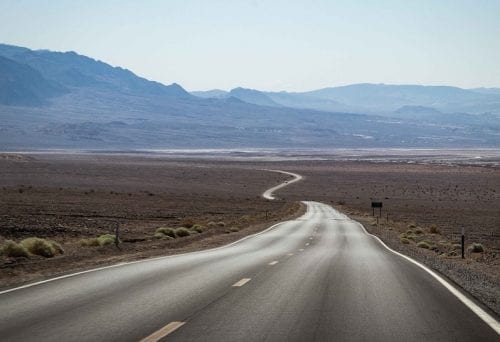 Optimism was the opening act for copper in 2018, but the trade war burst onto the scene and smothered expectations in what turned out to be a two-part year for the base metal.

The vital commodity didn’t get too far above its starting point of US$7,180.50 per tonne on the LME this year, and after reaching out to execs in the industry, the Investing News Network (INN) found that the overall sentiment was that 2018 should have been better.

But while the trade war soured what should have been a glorious year for the red metal, the CEOs polled said investors will be back because everything needs copper.

Before exploring how company CEOs feel about 2019, we asked what they thought about 2018. As mentioned, the consensus was: it should have been better.

“We expected a more bullish copper market — I think everyone did,” said Trilogy Metals’ Van Nieuwenhuyse, who added that while there was promise early in the year that a trade war might be averted, it was not to be. He quipped, “Dr. Copper can’t provide a good diagnosis when the patient is unresponsive.”

West-Sells of Western Copper and Gold said that like Van Nieuwenhuyse, he expected a rising copper price throughout 2018.

“While this was true for the first half of the year, in the second half of the year copper dropped after the US introduced tariffs and the growth expectations for China diminished.”

Van Nieuwenhuyse added that with the trade war raging, investor apathy was main challenge for 2018 — an opinion shared by Commander Resources’ CEO.

Stewart of Copper Fox Metals said that copper majors’ ability to smoothly negotiate wages at large-scale mines meant that supply disruptions were taken off the table, forgoing a repeat of 2017 when markets jumped as operations ground to a halt.

Copper fell off a cliff in the middle of 2018 as the reality of the trade war hit home, wiping out any gains it had made since January (which were modest anyway), and for a few weeks it languished below US$6,000.

But even with that calamity, the general consensus from CEOs was that as a commodity vital for electronics and consumables, demand for copper will hold values higher going forward.

“Consumers won’t stop consuming,” said Van Nieuwenhuyse. “The transition to electric vehicles, alternative energy and battery metals may slow down, but it won’t stop, and copper is a primary metal to make all that happen.”

Van Nieuwenhuyse said that while in 2018 investors might have thought copper could wait, “everyone knows there is a copper deficit coming.”

Cameron said that what had started as a bullish outlook on copper in 2018 was undermined by the trade war, and 2019 “will be a difficult year to predict from a market or commodity perspective.”

He said that a tightening of the market thanks to the aforementioned deficit, along with a lack of supply disruption in 2018, means that any price rise for copper “is now being put off to 2020 or later.”

“By the end of the year [2019], at least for copper, we will have a clear view of the anticipated supply shortfall that will translate into investor interest in anticipation of copper price recoveries.”

Stewart said the same, but is more optimistic for copper to improve through 2019, saying that the market is already in a deficit “not related to supply disruption due to labor disputes,” which he observed were avoided in 2018 compared to 2017, when supply disruption was a primary price driver.

West-Sells had similar sentiments, predicting that values will push higher through 2019.

“I think that the copper market in 2019 will look similar to what we’ve seen over the past couple of months — a slow increase in price,” he said.

“The fact that there has been a shrinking supply of concentrate in 2019 was validated with the recent agreement on TC/RCs [treatment and refining charges] by Jiangxi Copper and Antofagasta (LSE:ANTO), and this, combined with a continued decrease in copper stockpiles, will continue to push copper higher.”

In Nevada, Nevada Copper’s Gili is well and truly bullish — as he should be with a major copper mine due to come online in 2019. He told INN that going forward “the positive market fundamentals for copper haven’t changed: demand growth looks robust and supply growth is limited by the small number of new projects that could come online this cycle.”

Bradley of Thunderstruck Resources, which also focuses on zinc, has the same approach, noting that because copper and zinc are needed for infrastructure projects, investor sentiment can only ebb so low.

“I’ve stopped trying to predict the future, other than having the clear conviction that developing economies will continue to build skyscrapers and bridges, and that the world’s population will continue to climb,” she said.

“Unless some kind of disruptive technology makes these metals obsolete, zinc and copper will be in demand for the foreseeable future.”

Copper forecast 2019: What’s ahead for companies

Just because investors kept their money in their pockets doesn’t mean explorers, developers and miners didn’t get on with the job of polishing prospects, projects and operations around the world. INN also asked each CEO what their company has in the works for the next 12 months.

As mentioned, Nevada Copper is currently working on its Pumpkin Hollow copper mine in Nevada, which it made the decision to go ahead with in August after the successful completion of a C$108.5-million public offering.

Gili said that Nevada Copper has lots of work ahead of it in the year to come at Pumpkin Hollow — which is actually two distinct projects; underground and open pit.

“We aim to publish a prefeasibility study for our open-pit operation in Q1 2019, which will include an updated resource estimate,” said Gili.

“For the underground deposit, we are on target to commence production in late 2019.”

Van Nieuwenhuyse said that Trilogy Metals has a whole shopping list of developments ahead in 2019, saying it will be expecting more drill results from its Bornite deposit in Alaska, where it has an option agreement with South32 (ASX:S32) that gives the Australian company the option to form a joint venture with Trilogy.

He said that Trilogy expects “the resource update for Bornite [to be] followed by a preliminary economic assessment, and then feasibility and permitting updates for Arctic [also in Alaska]. And then a decision by South32 to invest US$150 million at the project level to form a 50/50 joint venture.”

For his part, West-Sells said that Western Copper and Gold will see construction begin on the access road to its Casino copper project in Canada’s Yukon — “the best undeveloped copper-gold project not owned by the majors in the Americas.”

He said shareholders will be keeping an eye on the copper price, and that Western Copper and Gold will be anticipating merger and acquisition activity to increase.

The CEOs of both Commander Resources and Copper Fox Metals said that their companies will be pushing forward with their respective projects through 2019 in North America; Commander with a portfolio of projects open for option agreements, and Copper Fox highlighting its Schaft Creek (BC) and Mineral Mountain (Arizona) projects as stars to keep an eye on.

Finally, Bradley said that Thunderstruck Resources will be looking to secure a first partner for its base metals projects in Fiji, where it has three early stage prospects as well as a gold project. She expects the company to be very attractive to potential partners when the gold price increases.