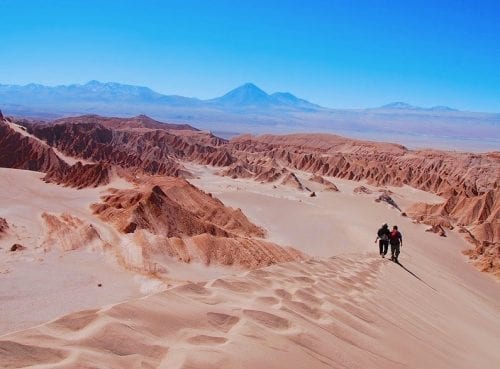 The mining giant has sold its Cerro Colorado mine in Chile to EMR Capital, an Australian private equity firm with interests in all stages of mining development.

In a release on Tuesday (June 19), the company said that under the agreement it will receive US$230 million once the deal is closed, and another US$40 million from the sale of copper inventory at the mine.

Additionally, BHP could receive another US$50 million in the future, “depending upon copper price performance.” The deal is expected to close in the fourth quarter of this year.

The Cerro Colorado mine is one of two wholly owned smaller mines operated by BHP as part of its Pampa Norte project in the Atacama desert of Northern Chile.

Cerro Colorado and the Spence mine produced 77,000 tonnes and 174,000 tonnes of copper in 2016, respectively. The newly sold mine saw a decrease in production last year, falling to 65,000 tonnes.

Also in the same region is the mammoth Escondida mine, in which BHP owns a 57.5-percent stake and is also an operator. Escondida produces more than 15 times the amount of copper of Cerro Colorado annually, hitting 1 million tonnes per year.

Cerro Colorado’s new owner, EMR Capital, is a Melbourne-based firm with interests in the exploration, development and operation of mining projects. It says it has “deep linkages to Asian markets.”

Copper price on the way down

Heightened tensions between the newly sanctions-happy US and commodities black hole China have seen copper prices fall from their lofty heights of early June.

The base metal is now valued at US$6,985 per tonne — right back to where it was two weeks ago.

With the superpowers showing no signs of relenting in their trade war shenanigans, Commerzbank (OTCMKTS:CRZBY) analyst Daniel Briesemann said that the market will see continually lower prices for copper and its fellow base metals.

“Market participants fear tariffs on products made of copper and other base metals,” said Briesemann.

In a recently released FocusEconomics report, analysts said that increased copper demand from China and concerns over union action at Escondida were behind the uptick in prices — something that’s now been canceled out by concerns over tariffs.

However, according to FocusEconomics, production will remain strong going forward, with a downturn in prices being predicted.

“Meanwhile, global demand is projected to remain broadly stable in the short- to medium-term, as Chinese demand is expected to cool. In the medium to long-term, however, copper prices should trend upwards on increasing global demand for copper.”

Analysts polled by FocusEconomics project that copper prices will average US$6,842 in the fourth quarter of 2018 and trend upwards heading into 2019. Time will tell how the most recent developments will affect the vital metal’s value.