Codelco has taken legal action against Anglo American following the sale of a 24.5 percent stake in its Chilean operation to Japan’s Mitsubishi, sparking tensions between Chile’s global copper producers. 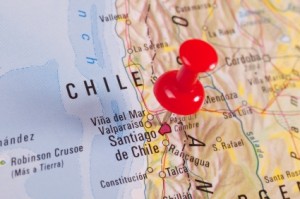 The deal has outraged many Chilean policymakers and voters, as they state that the deal goes against the Chile’s state-owned copper giant Codelco’s long-standing option to secure up to 49 percent in Anglo American Sur. Instead, 24.5 percent of overall shares are now held by Mitsubishi Corp which has paid a $5.39 billion price tag. The investment will give Mitsubishi access to Anglo American’s undeveloped Los Sulfatos and San Enrique Monolito assets, and is expected to boost Mitsubishi’s net income by 15 billion to 20 billion yen from 2012 onward, based on current copper prices.

Yet, it is still too early for Anglo American to celebrate the latest deal as tensions between London and Santiago mount. While Codelco is not challenging the legality of the Mitsubishi deal, it requested a temporary injunction Monday against Anglo American taking any action over the remaining 75 percent shareholding in Chilean mines. It had been widely expected that Codelco would exercise its rights to secure 49 percent of Anglo American’s Chilean assets. The standing order for Chile’s state-owned mining giant to secure nearly half of all Anglo American Sur’s shares dates back to 1978, but as a result of the Mitsubishi deal, Codelco can now only buy 24.5 percent of total shares as the option stipulates that Anglo American cannot hold less than 51 percent in the company. A ruling from the appellate court in Santiago about the remaining 57 percent of shares is expected soon, and if the injunction is granted, Anglo American will be able to appeal to the Chilean supreme court.

Indeed, Anglo American has already made clear that it would challenge any ruling in favor of Codelco as it stated that “Anglo will oppose the injunction in courts,” whilst adding that “Codelco’s injunction doesn’t affect in any way last week’s sale of a 25.5 percent stake to Mitsubishi.”

But tensions are unlikely to be limited between London and Santiago. After all, the deal will nearly double Mitsubishi’s copper output and bolster the Japanese companies’ access to the red metal at a cheaper rate. A Japanese diplomat on condition of anonymity pointed out, however, that the company’s moves falls far short of China’s moves to secure natural resources worldwide including copper, while Beijing continues to dominate the rare earths and minor metals market.

“Japan needs greater access to materials,” the diplomat said, suggesting that Tokyo too needs to step up efforts to keep up with their Chinese counterparts. Yet, market players have been tepid in their reaction to Mitsubishi’s latest acquisition, as the general trading company’s share price fell nearly 6 percent on the news.

According to Anglo America’s CEO Cynthia Carroll, Mitsubishi is paying 18 times the enterprise value over Anglo American Sur’s 2010 earnings before interest, tax, depreciation, and amortization, leading many analysts to assess that the deal is overpriced.

But as the scramble to secure copper in anticipation of greater global demand intensifies, Mitsubishi’s fellow Japanese rival trading companies Marubeni (TYO:8002) and Itochu (TYO:8001) have already been named as potential buyers of the remaining 24.5 percent shares available in Anglo American Sur. Moreover, Chinese interest in the copper mines is seen mounting too, with Minmetals Resources (HKG:1208) and Jinchuan Group also seen as possible investors. However, many analysts expect giants such as BHP Billiton (ASX:BHP)  and Rio Tinto (LSE:RIO) to stay away from investing in Anglo American Sur’s assets, given that they already have interests in Chile and they would want to keep away from the ensuing political debacle which is expected to intensify in coming months.