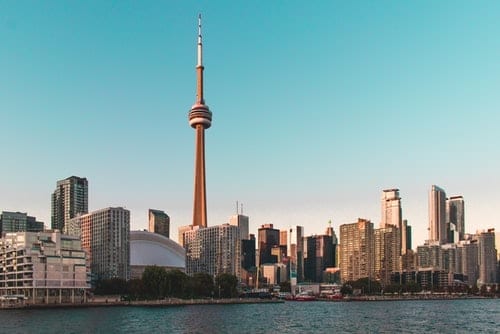 At the Bloom Burton & Co. Healthcare Investor Conference, panelists discussed how drug pricing will still be an issue years into the future.

It’s no secret that drug pricing has plagued the US for decades, and it has been a hot topic of discussion in the pharmaceutical industry countless times already this year.

In February, the Senate Finance Committee held a hearing called “Drug Pricing in America: A Prescription for Change, Part II,” which put seven pharmaceutical executives from some of the top companies in the world on blast about the issue.

To date, it is the largest panel of pharmaceutical executives to appear before a congressional committee. It was hosted by Chuck Grassley, the chairman of the committee, who said in his opening remarks that the country has a severe problem with the cost of prescription medicines.

Since then, the conversation surrounding drug pricing has unsurprisingly continued. In a previous interview with the Investing News Network (INN), Irene Birbeck, partner with Clarkston Consulting, said that one of the biggest problems in the space is companies trying to figure out how to price a drug so research and development can be funded.

At the Bloom Burton & Co. Healthcare Investor Conference in Toronto, which took place from April 30 to May 1, experts in the industry sat down for a panel discussion called “Investing in Commercial Stage Healthcare Companies.” They focused largely on drug price issues in the US, political implications for the industry and the struggles specialty pharmaceutical companies face.

When asked about political implications of drug pricing and its impact on the US Food and Drug Administration (FDA), Oliva said that, outside of the FDA and more from a “macro standpoint,” the US is incredibly challenged when it comes to overall healthcare costs.

“We have a massive need in the US to start to contain costs and provide more effective solutions,” she said. “Despite higher healthcare costs, the life expectancy in the US is not that of other developed nations due to obesity and other factors.”

Oliva further expanded, saying that no matter which political party is elected during the next presidential election in 2020, there will be continued pressure on pricing, service models and how healthcare is delivered in the US.

Wild echoed similar sentiments, and said that when it comes to reimbursement, every year over the last 20 has been more challenging than the last, particularly since summer 2015.

He said some of the biggest challenges have come from retail pharmacy for prescription products, because that’s where pharmacy benefit managers (PBMs) have “more control.” Since 2015, Wild added, PBMs have paid for less product.

Anderson added to the conversation about the political implications of the US presidential elections in 2020, stating that, no matter the outcome, the Affordable Care Act will still undergo “market-based approaches” for improvement. He said that, given the number of US citizens that have employer-based healthcare benefits, the benefits will not be taken away.

He continued, saying that, in the US, areas such as orphan drug innovation and particularly oncology are being rewarded in terms of pricing. On the other hand, specialty pharmaceuticals and other areas without pricing power are being hit the most.

Anderson posed the question of whether oncology and orphan drug companies will be able to “sustain that pricing” over the next two to three years.

“If pricing goes up and (there’s) more combination therapy, if that … comes under pressure, I think that will have a major impact in the US,” Anderson said.

Tags: US Food and Drug Administration

2 responses to “Panel: Drug Pricing to Continue Plaguing the US Post-2020 Elections”