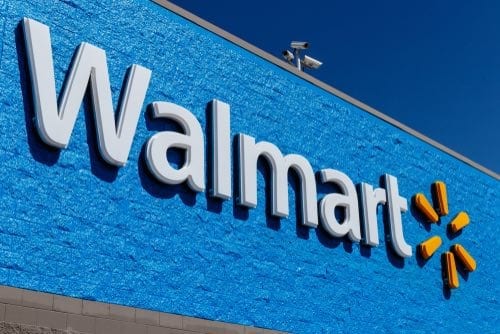 The two retail companies are planning to stock up on hemp-derived CBD items, according to a report from the New York Post.

According to a Sunday (May 12) report from the New York Post, retail giants Walmart (NYSE:WMT) and Target (NYSE:TGT) are studying the potential of selling cannabidiol (CBD) products.

Since the passing of the farm bill in 2018, which legalized the US hemp market, hemp-derived CBD products have gained steam as novelty items outside traditional marijuana shops in the country.

This move would represent another set of major retailers with wide networks of stores across the US entering the CBD market.

On the potential for Walmart and Target stores to start offering these products, the New York Post wrote:

The Post has learned that top executives at major chains such as Walmart and Target have been quietly meeting with makers of drinks, gummy bears, topical creams and oils that are infused with cannabidiol, or CBD.

“Like many companies, we know there is consumer interest in CBD products, and the conversation is evolving quickly,” a Target spokesperson told the New York Post, but did not expand.

Shelf space for these novelty CBD products has risen in the US thanks to the entry of established pharmacy players.

In March, Walgreens Boots Alliance (NASDAQ:WBA) announced that its pharmacy chain would begin selling these products in the US.

This announcement came on the heels of CVS Pharmacy (NYSE:CVS) also confirming the start of sales for these products. The new came during a quarterly update conference call from multi-state operator (MSO) Curaleaf Holdings (CSE:CURA,OTCQX:CURLF).

The MSO explained to investors that its line of CBD products aimed at the health and wellness market would be part of the sales launch from CVS pharmacies.

“I think that, in anticipation of the farm bill last year, many retailers were trying to come to a strategy for how they were going to address hemp,” Joseph Lusardi, CEO of Curaleaf, said in the call.

The race for CBD products seems to be adding players by the day, with burger chain Carl’s Jr. announcing it would release a CBD-infused burger for 420, and even the Oreo cookies manufacturer saying that it wants some form of CBD-infused product on shelves.