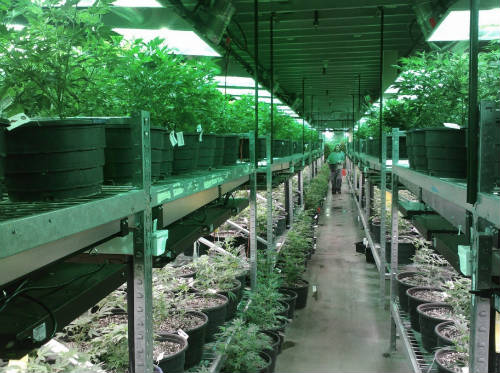 What kind of metrics can investors look at when it comes to investing in marijuana? Here’s a look at a few key points.

So, you’ve taken the plunge by investing in marijuana stocks. Now what?

After an investor has decided on the marijuana stocks to invest in, it’s important for them to make sure the investment is delivering on the promise from the business. From there it’s possible to decide whether to keep investing in the industry.

If you’ve read the Investing News Network’s (INN) guide on how to invest in a cannabis stock, then you know the basics on how to select the best investment possible in publicly traded companies.

But after investing in marijuana companies, some questions that are commonly asked are: How do you keep track of marijuana stocks? What should investors be aware of when they go through the company’s latest announcements? What kind of metrics can investors look to for the growth of their picks?

Since the legal cannabis market offers a blend of breakdowns between operations, there isn’t as clear of a comparison industry.

For example, in the life science sector, investors can look at trials a company is conducting and their results; approvals certainly move things along for companies involved with drugs and biotech products. In the marijuana sector, what are the metrics available to investors?

In the medical cannabis space, some points of reference are starting to appear thanks to mature trials on the cannabis plant.

Before we detail what these metrics may look like today, it’s important to understand that — in the grand scheme of things — the legal cannabis industry is still quite young and that attracts an inherent risk.

Publicly traded licensed producers (LPs) in Canada have led the way with business models that have endured, gained recognition and granted these firms with considerable market capitalization; however, even for these marijuana growers, metrics aren’t as clear cut as they are in other sectors.

With that in mind, here INN provides an overview of the key metrics investors should look at after investing in a cannabis stock.

Alan Brochstein, a cannabis financial analyst with 420 Investor, says the key metrics he evaluates whenever he looks at any cannabis company are revenue, cashflow, liquidity and tangible equity.

He believes a lot of companies in the space are capable of generating revenue, which in return gives investors a direct opportunity to have an active role in the growth of the industry.

“The level of revenue, as well as the growth rate, are important criteria to track,” Brochstein told INN in an email. “Additionally, it’s a good idea to adjust for revenue acquired through acquisition, as this can overstate the growth rate of the underlying business.”

Brochstein continued, stating that he tracks operational cashflow, which is information investors can look for in a company’s public financial sheets, to get a clearer picture of resources compared to cash.

“If a company doesn’t have sufficient cash, it will need to raise cash, which can put pressure on the stock price,” Brochstein explained.

The rush of the cannabis industry provided many success stories, but it also opened the floodgates for companies seeking to make quick gains. As such, investors should be more aware of the fundamentals of a company, especially after they have actually invested.

“Many of the companies in the public cannabis space have little or no tangible equity, which can make raising additional capital even more challenging,” Brochstein said.

In an interview with INN, Haywood Securities cannabis analyst Neal Gilmer said the majority of LPs in Canada are scaling up to better respond to a cannabis shortage such as the one seen after the legalization of marijuana on October 17, 2018.

While legalizing marijuana for adult-use brought a plethora of new cannabis products, the provinces demonstrated shortage issues that led them to shut down applications for new legal retail stores, change the hours for operating dispensaries and even alter an entire strategy for the roll-out of recreational marijuana retail.

“We’ve seen most of them arrange capital, and now it’s time to deploy that capital with respect to … expansion,” he said. “(Management needs) to focus on trying to manage the execution risk of completing those capital projects on time and being able to ramp up the capacity of the completed facilities.”

While the shortage was projected by experts well before the legalization of adult-use marijuana products from the federal government, the projections are now shifting towards a rapidly approaching oversupply.

With an upcoming shortage becoming a real possibility, it makes sense for investors to watch the scale of their stocks and to make sure there are expansion plans for the future or ones that have already been deployed.

“The trend is all about capacity expansion to try to meet the expected demand from the recreational market. It’s been the primary proceeds for any of the financings that we’ve seen out there,” Gilmer said.

Marijuana stock key metrics: What are the EV/EBITDA projections?

Russell Stanley, a special situations analyst with Echelon Wealth Partners focused on the Canadian cannabis market, told INN that the most practical methods he employs to evaluate the cannabis companies he covers are valuation using multiples as well as enterprise value (EV) and earnings before interest, tax, depreciation and amortization (EBITDA) expectations.

EV represents the value of an outstanding stock plus the net amount of debt the company has in place. To explain EBITDA, Stanley said, “The idea behind EBITDA is that you’re measuring the profitability of a company’s operations before costs related to financing or capital expenditure.”

According to Stanley, most cannabis companies are not EBITDA positive yet. However, he expects this situation to improve thanks to the legalization of recreational cannabis in Canada.

“We focus on our expectations for calendar 2019 from a time basis, and then we look at primarily our EBITDA expectations for that period and compare them against multiples for the group,” Stanley said.

But why do the EV and EBITDA play such a vital role in the work Stanley does? As Stanley explained, other metrics aren’t as reliable. He added that the problem with other traditional metrics — such as price earnings — is that they represent an unbalance, as companies usually have non-cash gains and charges on a quarterly basis.

“Adjusted EBITDA ideally should neutralize the impact of that … We think EBITDA multiples are probably the most important metric to look at at this point,” Stanley said.

A major point for investors to determine the success of their cannabis stock is the company’s production and growth capabilities. Simply put: Is it producing?

Investors should be aware of a company’s announcements and its ability to deliver on them. When looking specifically at expansion, the size and details of final production are vital for investors to know.

When asked about which production numbers investors should keep in mind when comparing cannabis companies, Stanley said there are three numbers available, and offered analysis of each.

Marijuana stock key metrics: What is the company’s international agenda?

Investors should be aware of the options available to them when it comes to potential expansions and partnerships in the international markets.

A big target for anyone interested in cannabis is the US; however, the situation in the country is confusing at best. On a federal level, cannabis as a whole, including businesses related to it, is illegal. Despite the federal status of the drug, several states have adopted cannabis and legalized its medical and recreational consumption.

This disparity allows companies in legal states to grow cannabis and operate related businesses. But for Canadian companies, more specifically growers, the US market is off limits in terms of exports.

In 2017, the TMX Group (TSX:X), which is in charge of the Toronto Stock Exchange and the TSX Venture Exchange, issued a statement to clarify the stance of Canadian producers with US interests.

Australia and Germany are two other options when it comes to international venues, and laws seem to be moving favorably for experienced LPs looking to make gains.

PI Financial analyst Jason Zandberg told VICE Money that the opportunity of the German market could be “more than double that of Canada.”

A truly open and available international cannabis market will take time to achieve, but the experience Canadian marijuana companies have gained may allow them to be at the forefront of new opening markets if they choose to enter them.

“It’s a lot easier to increase your exports into a market where you’re already selling. If investors … really want that to be a part of their investment exposure, they should focus on companies that are already exploring the market rather than companies that are still talking about it as an objective, but haven’t actually broken through yet,” Stanley said when asked how investors should evaluate a company’s intentions on an international scale.

There are high expectations for the companies in the cannabis market as the industry matures and more standards are set in place. For investors who want to keep an eye on their cannabis stocks, going with tried-and-true business metrics is the best bet as of now for determining company success.

This is an updated version of an article first published by the Investing News Network in April 2018.

4 responses to “Investing in Marijuana: What to Do Once You Buy In”