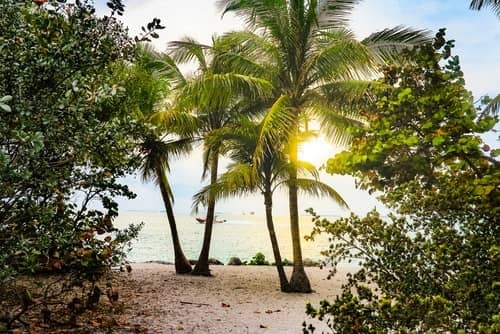 Columbia Care announced the opening of 20 medical cannabis dispensaries in Florida on July 5, with the first opening July 16.

The company expects to have all 20 dispensaries either open or under development in the state by the end of 2019.

The first of the company’s new dispensaries in Florida will be its 4,000 square foot Gainesville location set to open on July 16. Columbia Care CEO Nicholas Vita said in a press release that the rapid growth of cannabis providers and patients in Florida makes the state a prime location.

“Since acquiring our Florida license in 2018, Columbia Care has been quietly assembling its portfolio of dispensaries and building the requisite infrastructure to support the pace of growth that has made the State such a strategic market,” said Vita.

The Gainesville facility will offer Columbia Care’s tinctures, capsules and vaporization devices for medical use. The company also intends to make its in-house medical cannabis brands available in tablet and topical form by the end of the year.

Analyst Matt Bottomley, director of equity research at Canaccord Genuity, has spoken highly of Florida as one of the growing cannabis markets in the US.

Haywood Securities analyst Neal Gilmer shares that sentiment. In a 2018 report on the cannabis market in the US, Gilmer wrote that, while Florida is in the early stages of cannabis adoption, “we believe (it) will continue to support strong growth metrics as the medical program continues to evolve.”

Cannabis legalization has faced obstacles in the state. Despite a majority of Floridians — over 70 percent — voting for a constitutional amendment that would allow the use of cannabis for medical conditions in 2016, then-Governor Rick Scott signed a ban on smoking medical cannabis that was enacted in 2017.

While recreational use is still illegal in the state, the recent legalization of smoking medical cannabis in Florida has made it an attractive market for multi-state operators (MSOs) like Columbia Care.

Other MSOs in Florida have also taken note of the state’s quickly growing medical cannabis market.

Cresco Labs (CSE:CL,OTCQX:CRLBF), a US cannabis company, made its entrance into Florida’s market with its agreement to acquire the ownership interests or assets of VidaCann, one of Florida’s largest providers of medical cannabis, earlier this year. Cresco Labs opened up its 12th VidaCann-branded medical marijuana dispensary in Florida last month.

In its 2018 year-end financial report, released earlier this year, Curaleaf Holdings (CSE:CURA,OTCQX:CURLF) credited a boost in its revenue to its expansions in Florida and New York, as well as acquisitions in Arizona and Massachusetts.

Another MSO, Trulieve Cannabis (CSE:TRUL,OTC Pink:TCNNF), saw a jump in its share price in March when it began to sell smokable medical cannabis products in Florida, becoming the first company in the state to sell “whole-flower smokable cannabis,” according to a press release.

In a recent update from the Florida Office of Medical Marijuana Use, it was reported that there are currently 142 dispensary locations across Florida. Trulieve has the largest number of dispensaries with 30 locations, while Curaleaf and VidCann have 25 and 12 locations, respectively.

According to Statista, medical cannabis sales in Florida will be valued at about US$2.5 billion by 2025.

4 responses to “Columbia Care to Open 20 Dispensaries in Florida”