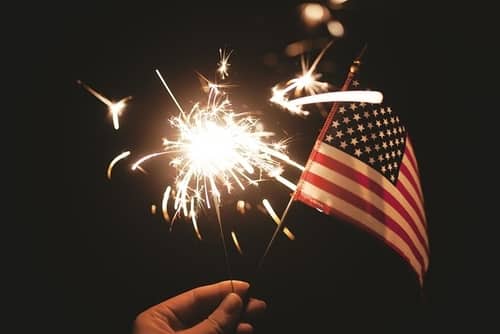 Canopy Growth and Cronos Group recently confirmed when they expect to be operational in the booming US CBD space.

Two leading Canadian cannabis firms have shared new expectations for market entry into the hemp space in the US.

The two companies announced plans for the separate market entries this week.

Canopy is constructing a production facility in New York, representing an investment of over US$100 million, thanks to the legalization of hemp via a new US farm bill signed in 2018.

Bruce Linton, co-CEO of Canopy Growth, told Bloomberg on Tuesday (June 4) that he expects to see hemp operations for the company extend to seven states a year from now; he said his expectation is for these to be either completely built or in the process of being completed by then.

In March, the Canadian company announced the acquisition of AgriNextUSA as a pillar in accelerating its entry into the US hemp space.

“The United States is the next stop on Canopy Growth’s desired path to becoming a leading, revenue-generating company focused on all aspects of cannabinoids and their potential,” Linton said at the time.

Mike Gorenstein, CEO of Cronos, told Cheddar that he wants to see his firm’s entry into the CBD market by the end of the year.

“(I’m) comfortable saying we plan on launching CBD products at some point this year,” he said.

Gorenstein explained that he views the Canadian and US markets very differently and even indicated that the long-term future of the company isn’t tied to the dried flower space in Canada.

“Spending ahead to be able to have next generation vaporizers, great edible products that are fast-acting, we want to make sure we get all the flavors right, the brand positioning, the marketing spend — so it’s a typical CPG (consumer packaged goods) market,” the executive said.

With the rise of interest in the cannabis space, it is expected that industry standards akin to the CPG market will become the norm for marijuana companies as they evolve from solely farming operations to branding maintenance, retail operations and international expansions.

In May, the US Food and Drug Administration (FDA) held a public hearing to gain insight on how it should regulate CBD products. While many saw this event as an indication of the FDA’s willingness to participate, Gorenstein said this process is just starting.

“I think a lot of people were scrambling to draw big conclusions from that meeting, but I don’t know that there’s anything there to draw a conclusion from,” he said.

Despite the indecision from the FDA, established retail companies have jumped on board for the CBD product craze.

More recently, in May, the New York Post reported that its sources say executives at Target (NYSE:TGT) and Walmart (NYSE:WMT) are showing interest in offering CBD products.

Despite the regulation challenges ahead for the industry, there’s no denying that consumers crave novelty CBD items and established retailers are willing to participate in the space.

A report from banking institution Cowen (NASDAQ:COWN), published in February, offers a projection valuing the US CBD market at US$16 billion by 2025.