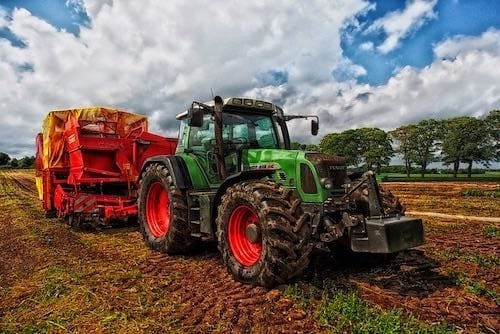 Following the US Senate’s approval of a new farm bill, hemp companies are inching closer to a new open marketplace.

Approval from the US senate for a renewal on a farm bill moves the opening of hemp market closer to reality.

On Tuesday (December 11), the Senate voted 87-to-13 in favor for a US$867 billion farm bill, which was adjusted and supported by Senate Majority Leader Mitch McConnell (R-KY) to include the legalization of hemp and its derivatives.

The legislation’s confirmation would come at a time when multiple companies in the public space have launched efforts to seek opportunities from CBD derived from hemp, validating the play and opening the doors to this market.

The farm bill will move to the House for approval and later to be signed into law by president Trump, who has expressed support for the legislation, according to the Washington Post.

A CNBC report indicated the approval of this bill could create a US$20 billion industry by 2022.

Bethany Gomez, director of research for Brightfield Group, said the bill would allow the industry to “grow very rapidly and scale on a national level.”

Companies in the cannabis space have started adding a focus on this emerging opportunity or completely picking this market.

“With the legal barriers and ambiguities removed, there will be greater awareness and acceptance of CBD as an alternative product for functional outcomes,” David Rendimonti, president and CEO of LiveWell Canada (CSE:LVWL), said in a statement to investors.

LiveWell’s aspirations for the US hemp market led the company to ditch the TSX Venture Exchange (TSXV) in favor for a public listing on the Canadian Securities Exchange (CSE).

“There is no bigger event than this for the CBD industry,” Michael Yorke, CEO of CROP Infrastructure (CSE:CROP), said in a statement to shareholders.

Could bill’s passing signify new senior listings are on the way?

With the approval of the bill, speculation has risen as to whether CBD hemp companies with enough value will seek listings in more senior exchanges in the US.

Due to the illegal status of cannabis at a federal level in the US, companies in this space conducting business in the US can only raise capital publicly through the CSE.

Thanks to the new farm bill, hemp companies no longer face that restriction.

“With the passing of the 2018 farm bill we believe that senior listings in Canada and the U.S. will become accessible for Charlotte’s Web [Holdings (CSE:CWEB)] and we will commence pursuing such listings accordingly,” Hess Moallem, CEO of the company told Bloomberg.

During a panel at the MJBizCon in Las Vegas Kevin Murphy, CEO of Acreage Holdings (CSE:ACRG), said he was disappointed he couldn’t ring the bell in New York to usher the public debut of his company.

Acreage Holdings made its public debut on the CSE in November.

Murphy said he expects if the STATES act is approved, a sweeping bipartisan policy seeking protections for the cannabis industry at the state level, cannabis companies would start migrating to the NASDAQ or New York Stock Exchange (NYSE).

Editorial Disclosure: CROP Infrastructure is a client of the Investing News Network. This article is not paid-for content.