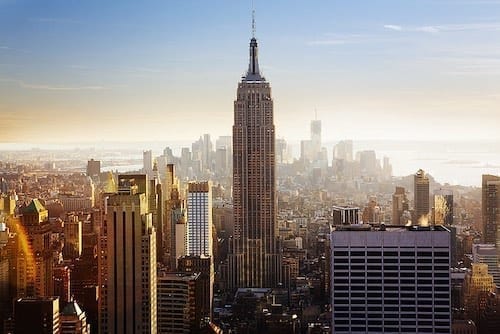 Canopy Growth could become the first Canadian cannabis firm with operating assets in the US and a dual public listing in Canada and the US.

A Canadian cannabis licensed producer (LP) is moving forward with US operations, setting a new precedent after the opening of the hemp market.

After the approval of a new US$867-billion farm bill in the US, hemp and its derivatives became legal. Canopy Growth (NYSE:CGC,TSX:WEED) will now create a division in the state of New York after obtaining a license to process and produce hemp.

On Tuesday (January 11), Canopy announced it will deploy a strategy worth between US$100 and US$150 million for its new production plans.

“In New York we see an opportunity to create products that improve people’s lives,” Bruce Linton, chairman and co-CEO of Canopy Growth, said in a statement.

While they suffered an initial decrease, shares of Canopy in New York were trading at a high, with a 2.66-percent increase in value as of 1:10 p.m. EST on Tuesday. In Toronto, the company was up just over 3 percent in value after 1:30 p.m. EST.

Canopy will be able to leverage its capital infusion from a C$5-billion investment deal with Constellation Brands (NYSE:STZ).

“I’m so pleased that Canopy Growth is joining my efforts to make the Southern Tier the Silicon Valley of industrial hemp production and research and will keep pushing to see industrial hemp become a true cash crop in the region,” Schumer said.

The senator added that the decision by Canopy will be a “major shot in the arm” for farmers in the state.

Canopy announced it will give out the location of its new facility in the state over the next 100 days, and has vowed to only source hemp from American farmers.

Martin Landry, a GMP Securities analyst covering the cannabis space, raised his price target for Canopy over the next 12 months to C$70 following the announcement, according to Yahoo Finance.

“[Canopy’s] shares could receive a lift from investors looking for exposure to the US cannabis market, given the company is currently the only cannabis company with US operations listed on a major US stock exchange,” Landry wrote in a note to investors.

During an investing panel at the Lift (TSXV:LIFT) & Co. cannabis expo in Vancouver, Neal Gilmer, cannabis analyst with Haywood Securities, said he’s a big believer in the cannabidiol (CBD) industry, reinforced by the hemp legislation in the US.

The passing of the farm bill has opened the doors to the market for CBD derived from hemp.

Gilmer and fellow panelist Niel Marotta, president and CEO of INDIVA (CSE:NDVA), believe the market will need unique products to capture the attention of the public markets.

The farm bill has launched a race amid cannabis companies to announce strategies for entries into the hemp market and for its derivatives.

With its strategy deployed, Canopy will become the first Canadian cannabis firm with a major Canadian and US public listing with producing assets in the American market.

Editorial Disclosure: INDIVA is a client of the Investing News Network. This article is not paid-for content.