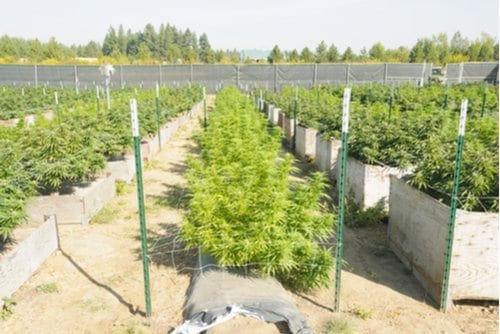 Washington state cannabis companies have a strong base from which to expand their national brand.

Washington state was one of the first US states to legalize recreational cannabis and establish a regulated market for cannabis products. Washington state has a population of 7.53 million, and at least 14 percent of the adult population has used cannabis in the past month, according to 2016 statistics via the Washington State Department of Health. This makes Washington one of North America’s most important cannabis markets. As the cannabis market matures, companies with established businesses in the state are well positioned to capitalize on growth in the overall US market.

Washington’s cannabis market generated revenues of US$1.49 billion in 2017, bringing in US$341 million in excise taxes for the state. The state’s sales are projected to reach US$2.28 billion by 2020, according to New Frontier Data, driven by competitive prices and high-quality products that are expected to lure consumers away from the black market in favor of legal cannabis products.

4Front Ventures (CSE:FFNT, OTCQX:CNXXF) is well on its way to becoming a leading vertically integrated multi-state cannabis company specializing in boutique cultivation, extraction and manufacturing as well as brand development, distribution and retail.Send me an Investor Kit

A recent study by the Oxford Treatment Center indicates that Washington has some of the cheapest legal cannabis prices in the country, with the average cost of high-quality cannabis pegged at US$232.90 per ounce. That’s compared to Oregon at US$201.75 per ounce, Colorado at US$241.74 per ounce and Massachusetts at US$341 per ounce — the highest price for legal cannabis. Washington also comes in well below the national average of US$326 per ounce.

While Oregon’s low price environment is linked to an oversupply problem, in Washington the low prices are viewed as a result of over-regulation. Washington’s state government crafted strict regulations in an effort not to provoke a standoff with federal law enforcement.

Under Washington state marijuana law, licenses are divided into three categories: producers, processors and retailers. Cannabis businesses in the state are permitted to hold both producer and processor licenses, but those growing and/or processing cannabis products cannot hold a retail license.

The state is one of the few in the country to not allow vertical integration. The Washington state law prohibiting vertical integration is tied to laws governing the production and sale of liquor following prohibition, said Rick Garza, agency director of the Washington State Liquor and Cannabis Board (WSLCB), who acknowledged that the regulation may be placing a strain on the cannabis market.

Today, there are 1,054 producer/processor licensed businesses in addition to 151 that are solely licensed for production and 221 licensed processors. However, only 523 cannabis retail shops are in operation across the state, and officials have temporarily stopped issuing any further licenses for retailers, growers and processors.

“The uneven marketplace has forced farms to compete with each other to get their products on to retail shelves, dropping the price of pot down with it,” Lester Black wrote in Seattle-based newspaper The Stranger. Black based his conclusion on a recent report by data firm Headset, which found that the average cost of cannabis product in Washington is less than half of that in California. The firm’s analysts tied that large gap to the wide disparity between the number of producers and retailers in the state. The low price environment has led many of Washington’s cannabis producers to underutilize their canopy space by as much as half in some cases, according to a recent WSLCB survey.

Washington’s cannabis industry leaders have spoken out about the impact over-regulation has had on the market, and recent proposals by regulators make it appear as if those concerns are being heard. The WSLCB and state legislators are considering allowing direct-to-consumer sales at cannabis farms similar to the winery and brewery model — cultivators could open up their properties for tours and sell cannabis products directly to customers. Washington wineries and breweries are also allowed to ship alcohol via mail to in-state customers as well as sell limited products at farmer’s markets.

There is still no indication if a direct-to-consumer cannabis sales model would follow suit, but it is a good sign that regulators are looking to a more open market in the future.

With cannabis remaining illegal at the federal level, cannabis businesses operating in legal states like Washington have found it difficult to secure funding. However, legislative amendments at both the state level and the federal level have the potential to open up access to much-needed capital. The Washington State Legislature is considering easing restrictions on cannabis licensees to allow for up to 40 percent of a company’s ownership to be held by out-of-state investors if the businesses permit their employees to unionize. License holders with unionized workforces would also be allowed two additional licenses.

Although a handful of banks and credit unions do serve cannabis license holders in Washington, most banking institutions are wary to work with cannabis companies considering the federal ban on the product. Last summer, Washington and 12 other legal cannabis states sent a letter to US Congress that prompted legislators to grant safe harbor for financial firms serving legally licensed cannabis business in their jurisdictions.

The recent lobbying has led to the re-introduction of the Secure and Fair Enforcement (SAFE) Banking Act in the US Senate with 20 bipartisan co-sponsors. The SAFE Banking Act would protect financial institutions working with state-legal cannabis-related businesses from federal prosecution. The STATES Act of 2019 offers an even broader safety net than SAFE, with an amendment to the Controlled Substances Act that would restrict federal enforcement against state-licensed cannabis businesses or other related enterprises.

While Washington’s legal cannabis framework may have more restrictions than other key US cannabis markets like Colorado and California, the state’s more established cannabis licensees could be well positioned for success, especially if they adopt a diversified, multi-state operator model.

“Colorado is reactionary. It’s tailored as the problems emerge, while Washington has tried to anticipate problems and structure its regulations in advance,” said Joshua Ashby, cannabis practice chair at the Seattle law firm Lane Powell. Ashby believes this could place Washington cannabis companies at an advantage when they expand their businesses into other states.

Cannex Capital Holdings’ (CSE:CNNX,OTCQX:CNXXF) roots run deep in Washington state, where it owns the assets of Northwest Cannabis Solutions, one of the largest brands by market share and one of the most profitable cultivators and processors in the state.

“Washington also sits with Colorado and Oregon as one of the most competitive states in terms of suppliers and cultivator-processors. It’s a very competitive market to operate within. But even with this competition, we’ve continued to be a leader in the Washington market, controlling approximately 9 percent of the wholesale market,” Cannex Capital CEO Anthony Dutton told Investing News Network.

Dutton acknowledged that Washington’s licensing structure doesn’t permit vertical integration, which is why Cannex is adopting a multi-state operator approach to diversify its cannabis portfolio into additional states.

Cannex recently signed a deal to acquire 4Front Holdings, which has vertically integrated operations in multiple states, including Arizona, Illinois, Maryland, Massachusetts and Pennsylvania. 4Front has an established retail and distribution network with cultivation and processing facilities as well as retail dispensaries. Cannex also has plans in its mergers and acquisitions pipeline to expand into Michigan, Arizona, Nevada and California.

Other Washington state cannabis companies becoming multi-state operators include Chemistree Technology (CSE:CHM,OTCQB:CHMJF) and IONIC Brands (CSE:IONC,FRA:1B3). After its success with the Sugarleaf brand in Washington, Chemistree is now expanding into California with a 9.55 acre cultivation facility in Desert Hot Springs. IONIC Brands is the number one vaporizer brand in Washington and has expanded its reach in the west coast through operations in Oregon and California. The company’s recent acquisition of Washington-based Zoots to its portfolio gives IONIC access to markets in Illinois, Colorado and Massachusetts as well.

The cannabis market in Washington, one of the first US jurisdictions to legalize recreational cannabis, continues to mature and open up more opportunities for cannabis business. With a well-regulated framework for cultivation, processing and retail, the state offers an excellent base for established cannabis companies looking to launch their brand into the national spotlight.