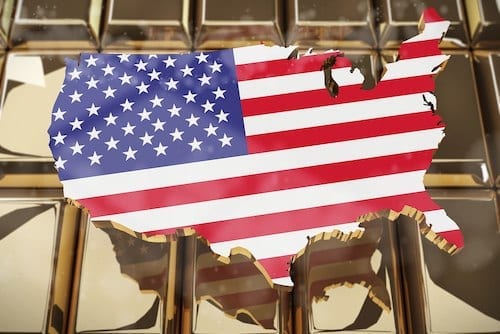 The US cannabis market landscape is and will stay the largest in the world.

As the US cannabis market landscape grows to reach new states every year, opportunity abounds for emerging US cannabis companies.

The legal cannabis landscape in the US is like nothing experienced by any other industry before. Recreational cannabis is legal for adult use at the state level in 10 US states and medically legal in 33. Within those markets, the consumer cannabis industry is booming as companies find opportunity to feed one of the fastest growing consumer industries in the country. Even at the federal level change is underway that will create enormous opportunity across the country. While full nationwide legalization looks to be a ways away, the market that has formed in the legal states doesn’t seem to mind.

On the federal level, marijuana — specifically tetrahydrocannabinol (THC)-rich cannabis — remains very much illegal. The plant’s schedule one status puts it on the same level as some of the most dangerous drugs on the black market, but only as far as the feds are concerned. Within the borders of a growing number of US states, including some of the country’s largest markets by far, one could almost forget about the federal status.

Even without nationwide legalization, the US cannabis market is massive and only growing larger. According to a June 2018 report by Arcview Market Research and BDS Analytics, the US market could hit $20.9 billion in 2021, becoming the largest cannabis market in the world by a wide margin. As of October 2018, 66 percent of Americans support nationwide cannabis legalization, fueling the prospect of imminent further expansion of the US legal cannabis industry.

Cannabis growth factors in the US

The biggest cannabis regulatory news by far to come out of Washington DC in 2018 was the passing of the US Farm Bill, which has huge implications for the non-psychoactive medical side of the industry. The bill removes hemp — defined as cannabis plants containing less than 0.3 percent THC — from the list of schedule one substances. Since cannabidiol (CBD) can be derived from hemp plants, this move effectively legalizes non-psychoactive medical cannabis products derived from hemp nationwide. Since the process of growing hemp is nearly identical to that of growing psychoactive cannabis, many if not most licensed producers grow hemp for CBD as part of their business model, meaning that the ability to transport and sell these products across all 50 states presents a massive growth opportunity for US cannabis companies.

The Farm Bill has huge implications for cannabis companies of all types but particularly so for companies specializing in a wide range of hemp-based products. North American licensed producer Naturally Splendid (TSXV:NSP), for example, is a company involved with just about any type of cannabis product short of psychoactive marijuana, from CBD wellness supplements to hemp-based protein foods to CBD infused skincare creams. For companies like this, the Farm Bill removes the last of the red tape in the way of US-wide operation.

The other major regulatory factor spurring growth in the US cannabis market landscape is the ongoing spread of legalization and regulation. Since Washington and Colorado made history by voting to legalize in 2012, each year has seen other states allow the entry of the legal cannabis industry. The next states likely to join the club according to Cowen research Group are Illinois, Connecticut, Rhode Island and New York. The state of New York in particular represents a massive market with huge potential and opportunity for cannabis companies. Each new state to legalize increases the size and growth potential of the US cannabis industry, thus creating opportunities for expansion for established players and early-stage growth opportunities for new players.

The US cannabis market landscape

2018 was in many ways the year of the Canadian cannabis industry. After all, in October, Canada became the first G20 nation to implement the legalization of cannabis at the federal level. The US industry, however, looks poised to eclipse its northern neighbor several times over. The Canadian market is expected to hit US$4.5 billion in 2021, a respectable size for the country’s relatively small population but a drop in the bucket compared to the US’ $20.9 billion market potential. This is understandable considering that the state of California alone, which legalized recreational cannabis in 2017, far exceeds Canada’s total market population. In recent months, investment interest had actually been moving away from the Canadian industry towards legal US states. While Canada has a wide head start on the US in terms of law and regulation development, investors are interested in the sheer possibility of a cannabis market the size of the US, something Canada cannot possibly match.

When the first US states and later Canada legalized cannabis, they broke a seal of sorts for other countries around the world to start taking the notion seriously. Medical cannabis markets have developed in Europe, Australia, Latin America and beyond, with these governments keeping a close eye on the development of recreational markets in North America. These jurisdictions have huge potential, but as of now, the medical markets are only in their infancy and potential recreational markets are entirely theoretical. It will likely be some time before any market outside North America comes close to the US and even then the US industry will have a strong head start.

A new market that is still evolving and expanding as new jurisdictions legalize presents a rush of early stage opportunities. So much so that companies like Vencanna Ventures (CSE:VENI) have built their businesses around providing capital to these early stage players who show promise in these developing markets in a time when financial institutions might not be ready to. Companies like Vencanna see these emerging players as the ideal entry point to a market that promises rare opportunity for rewarding returns to those who establish themselves early. iAnthus Capital (CSE:IAN,OTCQX:ITHUF) is another company financing these early-stage companies in the US, providing cannabis investors with exposure to cannabis companies in the cultivation, processing and retail spaces.

The US cannabis market landscape is filled with companies looking to build their businesses in the early days of the legal industry. These include companies like Mojave Jane Brands Inc. (CSE:JANE, OTC:HHPHF, FSE:OHCN), which is looking to consolidate its vertically integrated production and retailer network to become a major player in the California market, as well as Grown Rogue (CSE:GRIN), which is deploying multi-state operations across the US.

Even without federal regulatory backing, the United States cannabis market is the largest in the world. As more states legalize and regulate medical and recreational cannabis new doors are opening every year for companies to establish themselves in one of the fastest growing consumer markets in the world.

6 responses to “Land of the Tree: The US Cannabis Market Landscape”