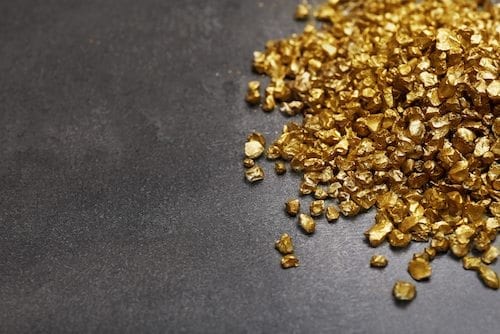 Both Nevada’s history and future lies in the Walker Lane gold trend.

Some of the world’s most important gold mining districts are found in Nevada’s three major northwest trending belts: the Carlin trend, the Cortez trend and the Walker Lane trend.

Together these three trends have contributed the most to the nearly 170 million ounces of gold produced in Nevada between 1835 and 2018. While Nevada’s long gold mining history and prolific production may lead some to believe all the low-hanging fruit has been picked, there still exists plenty of upside and the potential for new discoveries in the Walker Lane trend.

Nevada: Where the world goes for gold

Newrange Gold Corp. (TSXV:NRG, OTC:NRGOF) holds the Pamlico high-grade gold project located in Mineral County, Nevada. The project is unique in that it is district-scale and nearly unexplored, with multi-million ounce potential in the legendary Walker Lane trend of Nevada. The company is led by a team of successful company builders and mine finders.Send me an Investor Kit

Nevada is home to some of North America’s most complex geological structures, including the Basin and Range province and a widespread landscape of fault-dominated mountain ranges and valleys. The state hosts a diverse variety of deposit types including porphyry, skarn, low-sulphidation epithermal gold and sediment-hosted Carlin-type deposits, making it an important source of many base metals such as copper, zinc, molybdenum, cobalt, silver, and of course, gold. It has also, in recent years, become a hot spot for lithium given the rising demand from battery markets.

Access to mineral projects across Nevada is made easy by all-weather roads — not the fly-in/fly-out hassle faced in other jurisdictions — which means the costs of mobilizing crews are relatively low; an attractive feature for gold exploration companies.

The Carlin trend may have generated the most heat in the Nevada desert over the past decades when it comes to gold, but most of the best properties are already controlled by majors Newmont, Barrick and Kinross. The high cost of exploring for the often blind and deeper targets that remain on the trend is a big turn off for junior explorers. Today’s mineral exploration companies looking for the next big play are staking claims in one of the state’s other prominent gold trends, the Walker Lane, which offers less expensive exploration with the added upside of plenty of blue sky potential in a relatively underexplored landscape with known high-grade potential.

The north-west trending Walker Lane, one of the largest structural lineaments in Nevada, has played an integral role in the history of the state beginning with the 1859 discovery of the Comstock Lode, representing 8.5 million ounces of gold and about 400 million ounces of silver. The lure of all that wealth led to the gold rush that would eventually build up Nevada’s population enough to earn statehood in 1864.

A few recent successes at Walker Lane include Northern Empire’s US$90 million acquisition by Coeur Mining (NYSE:CDE) in 2018 on the basis of the Sterling gold project, which hosts four distinct deposits including a fully-permitted, open-pit mine set to become one of the highest-grade heap leach mines in the Western United States.

Corvus Gold (TSX:KOR,OTCQX:CORVF) is focused on its near-term North Bullfrog and Mother Lode gold-silver mining projects near Beatty, Nevada. Results from exploration drilling at Mother Lode continue to show high potential for expanding the deposit and raising the possibility of identifying a much larger mineralization system. Corvus’ success has attracted C$2 million in additional funding for resource expansion programs at both Mother Lode and North Bullfrog.

Newrange Gold’s (TSXV:NRG,OTC Pink:NRGOF) Pamlico gold project represents another high-grade, district-scale opportunity on the Walker Lane trend. The project includes the historic Pamlico Mines on Pamlico Ridge, together with the Central, Sunset, Good Hope, Gold Bar and various unnamed mines and prospects. The 1,670-hectare property has been in private hands since 1896 with less than half of 1 percent of the property ever touched by a modern exploration drill. Newrange acquired Pamlico in 2016 and since then has launched an aggressive exploration campaign which has resulted in numerous drill intercepts of near surface oxide gold mineralization to 340 grams gold per metric tonne.

Newrange is advancing the project toward a resource estimate. In February 2019, the company completed preliminary metallurgical testing which achieved gold extractions as high as 97.1 percent and calculated head grades as high as 79.4 grams gold per metric tonne. These grades were substantially higher than what was originally indicated by drill sample assays, suggesting the potential for a much larger and potentially heap leachable gold system at Pamlico.

The recent discoveries and continued resource expansion along Nevada’s Walker Lane gold trend is a great example of what the state’s mineral largess still has to offer for gold exploration companies and their shareholders.

The information contained here is for information purposes only and is not to be construed as an offer or solicitation for the sale or purchase of securities. Readers should conduct their own research for all information publicly available concerning the company. Prior to making any investment decision, it is recommended that readers consult directly with Newrange Gold and seek advice from a qualified investment advisor.