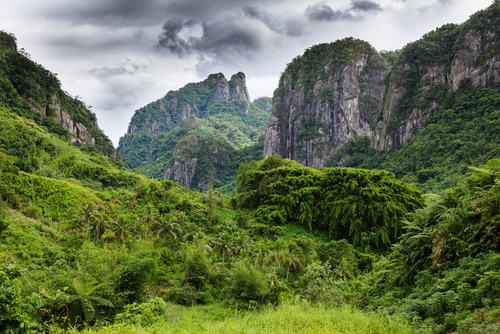 Fiji’s prime location along the Pacific Ring of Fire has gifted the country with deposits of gold, copper, silver and zinc. Many of the nations located along this chain similarly host massive amounts of mineral resources and have become major mining jurisdictions. For example, the 80-year-old Vatukoula gold mine is a significant contributor to Fiji’s economy. Major Australian gold producer Newcrest Mining (ASX:NCM) is similarly advancing one of the largest undeveloped copper resources in the world, the Namosi project located on the Fijian island of Viti Levu.

Resources along the Pacific Ring of Fire

The Pacific Ring of Fire is a 40,000 kilometer-long, horseshoe-shaped chain of belts, oceanic trenches and volcanic arcs that stretches from the tip of Chile up to Alaska, encircling the entire Pacific Ocean from Japan down through the Philippines, Indonesia, Australia, New Zealand and Fiji. This region is a hotbed of seismic activity. The vast majority of the Earth’s most violent earthquakes occur here, alongside more than 450 volcanoes.

The geological forces that have defined the Ring’s many mountain ranges and island archipelagos have also given rise to numerous prolific mineral systems that wrap around the Pacific Basin like a long string of pearls. These mineral systems host many of the world’s most economically important deposit types, including epithermal gold, copper porphyry and volcanic massive sulfides (VMS). This includes the world’s largest gold mine and second-largest copper mine, Indonesia’s Grasberg mine operated by Freeport-McMoRan (NYSE:FCX), as well as Newcrest’s Lihir mine in Papua New Guinea, which is also among the world’s largest gold mines.

The region’s mineral wealth has not been lost on Fiji, especially on the archipelago’s largest island, Viti Levu, which hosts zinc, copper porphyry and gold deposits. Mining in Fiji dates back to the 1930s with the birth of the Vatukoula gold mine in the northern region of Viti Levu. Still in operation today, Vatukoula is a significant contributor to Fiji’s economy and has produced more than seven million ounces of gold.

During the late 1970s, Australian Anglo Pacific conducted drilling on both Korokayiu and Thunderstruck’s nearby Nakoro VMS project, with results showing grades of up to 12.7 percent zinc and 2 percent copper. Funded by JOGMEC, the 2019 exploration program at Korokayiu kicked off in summer 2019 with a goal toward validating the Anglo historical database through drilling and geophysical surveys. Thunderstruck holds two additional exploration projects in Fiji, the Rama Creek copper-gold porphyry project and the Liwa Creek gold project. Liwa Creek has consistently returned high-grade gold values and has shown characteristics of both high and intermediate sulfidation epithermal deposits.

Lion One Metals’ (TSXV:LIO, OTCQX:LOMLF, ASX:LLO) Tuvatu alkaline high-grade gold project is the largest undeveloped gold project in Fiji, and, according to the company, is one of the highest-grade gold projects in the world. Tuvatu is on trend with and geologically similar to Vatukoula in that they are both low-sulfidation, epithermal vein deposits in alkaline gold systems. The 2015 preliminary economic assessment for the deposit outlines a low-cost underground mining operation, which is now fully permitted for production.

“Given the enormous geological endowment in Fiji, and the welcoming attitude of the government, it is surprising that there aren’t more companies. To a large extent, the companies that are there had the first pick of the projects,” said Lawrence Roulston, managing director of WestBay Capital Advisors and member of the board of directors for Thunderstruck.

Fiji’s impressive mineral largess is not the only significant attribute that makes the South Pacific nation an attractive destination for mining investment. The regulatory framework for the mining industry in Fiji is based on British mining law with a 5 percent gross profit royalty and a 20 percent corporate tax structure. With a mining history of over 80 years, Fiji has a large skilled workforce and established infrastructure including a hydroelectric dam and a deep-water port offering access to key growth markets in Asia.

The Fijian government is highly supportive of further exploration and mine development. “The government is very pro-mining. The permitting process is strict, but highly transparent and easy to navigate,” Bryce Bradley, Thunderstruck president and CEO, told the Investing News Network. “The government has proven to be very open to investment from foreign companies and the potential for more jobs that the mining industry can bring to the country.”

The mineral-rich Pacific Ring of Fire is well known as fertile ground for world-class mining jurisdictions. With high-grade and large-scale deposits, mining-friendly policies and established infrastructure, the island nation of Fiji is emerging as the next frontier for new discoveries.

The information contained here is for information purposes only and is not to be construed as an offer or solicitation for the sale or purchase of securities. Readers should conduct their own research for all information publicly available concerning the company. Prior to making any investment decision, it is recommended that readers consult directly with Thunderstruck Resources and seek advice from a qualified investment advisor.

Base Metals Weekly Round-Up: Coronavirus Takes its Toll
On the INN Stage at PDAC 2020
Canaccord: Gold to Outperform, Lithium to Bottom in 2020
Gold Producers Leveraging Investments and Acquisitions