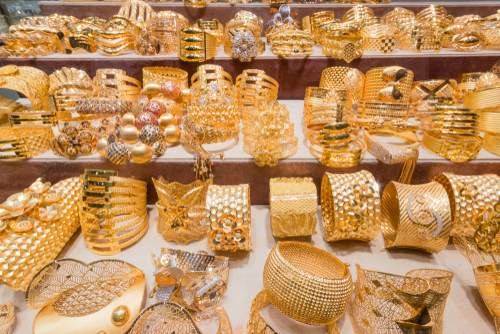 “Orogenic gold deposits account for an estimated 75 percent of the gold extracted by humans, including the tonnage of Witwatersrand, the world’s largest district … such deposits are thus the largest, single genetic type of deposit for providing gold.”

Orogenic deposits were formed during the Archaean and Phanerozoic eons at crustal depths of over 4 kilometers. Some examples of orogenic deposits and the districts they are found in include Muruntau in Uzbekistan (the world’s second largest gold mine by production), the Ashanti gold belt in Ghana (one of Africa’s most productive gold districts) and Australia’s Kalgoorlie gold field, which contains the massive Golden Mile deposit. In Canada, Quebec’s Abitibi belt and Yukon’s Klondike district are excellent examples of high-grade orogenic gold deposits. Ontario, Canada’s biggest gold-producing province, offers geology that includes a number of orogenic gold districts, including Red Lake and Kirkland Lake.

Ontario’s Michipicoten greenstone belt in the Wawa region hosts Argonaut Gold’s (TSX:AR) Magino deposit and Alamos Gold’s (TSX:AGI) producing Island Gold mine, both orogenic gold deposits. The Michipicoten greenstone belt has a long history of past production, but many historical mining sites remain underexplored by modern methods. Exploration work in the region seeks to connect some of these past producers and new zones of mineralization into one district.

As previously mentioned, the Michipicoten greenstone belt lies in the Wawa subprovince; this subprovince is part of the Archean Superior Province, which forms the core of the Canadian Shield, the major source of much of Canada’s gold production. The belt extends inland for approximately 150 kilometers from the Lake Superior shore, with an average width of 45 kilometers. The Wawa region has produced over 3 million ounces of gold since the start of the first gold rush in the late 1890s, with grades exceeding 5 grams per tonne (g/t) gold. The Goudreau Lake deformation zone, a 30 kilometer long and 4.5 kilometer wide trend, is believed to be the main control on gold mineralization in this area.

The infrastructure necessary for mining activities is well established in the Wawa region, including roads, railway, skilled labor and access to power and water. Local governments, including those of sovereign First Nations, have been generally supportive of mineral exploration and mining in the region. A number of gold mines are in production or nearing production in the Wawa region of Ontario’s Michipicoten greenstone belt, along with a district-scale exploration project.

The Island Gold mine, acquired by Alamos Gold as part of its 2017 takeover of Richmont Mines, began commercial production in 2007. Today, it is one of Canada’s highest-grade, lowest-cost underground mining operations. In 2018, Island Gold produced a record 98,600 ounces of gold. The mine has proven and probable reserves of 3 million tonnes grading 10.28 g/t gold as well as measured and indicated resources of 696,000 tonnes at 8.77 g/t and inferred resources of 4.2 million tonnes at 11.71 g/t gold.

Alamos recently received the go ahead for the second stage of a three phase expansion program at Island Gold. Underground mining rates are slated to reach 1,200 tonnes per day by 2020. The phase one expansion was expected to increase the annual rate of production to 125,000 while lowering the all-in sustaining costs to C$550.

Wesdome Gold Mines’ (TSX:WDO) Eagle River complex encompasses two producing gold mines, the Eagle River underground mine and the Mishi open-pit mine, along with a central mill. In production since 1996, the Eagle River mine has produced well over 1 million ounces of gold at an average grade of 9.1 g/t. In Q1 2019, the company reported a head grade of 18.5 g/t, with resulting lower cash and all-in sustaining costs per ounce. Revenue for the quarter was C$32.5 million. Earnings from the Eagle River Complex help to fund Wesdome’s major exploration and development programs.

First discovered in 1917, the past-producing Magino deposit was acquired by Argonaut Gold in 2012. “We spent three years looking for a Canadian asset to provide diversification to our asset portfolio,” said Bob Rose, vice president, technical services, in a release. “What we love about the Magino project is the location of Ontario Canada, the proximity to infrastructure compared to other Canadian projects, the resource size and the simple metallurgy of the ore.”

A 2017 feasibility study estimates that the open-pit operation, valued at US$427 million, could have a 17 year mine life during which it will produce an average of 150,000 ounces of gold annually for the first five years, and nearly 2 million ounces overall at cash costs of US$669 per ounce and all-in sustaining costs of US$711 per ounce. In early 2019, Argonaut received Canadian federal approval on its environmental assessment (EA) for an open-pit operation at Magino and is now awaiting a green light from the provincial government. Argonaut anticipates provincial EA approval in 2019 with mine construction and other approvals to follow in 2020.

Red Pine Exploration‘s (TSXV:RPX) Wawa gold project is located along the southern boundary of the Michipicoten greenstone belt. The discovery of gold along the south shore of Wawa Lake in 1897 sparked a staking rush that would eventually result in as many as eight producing mines with historical average grades of greater than 9 g/t gold and historical gold recoveries of 93.5 to 95.5 percent. However, these mining operations were all owned by different companies and were never geologically connected.

Red Pine’s exploration work on the Wawa gold project seeks to connect these past producers and new zones of mineralization into one district. The company has drilled nearly 60,000 meters on the property, leading to the discovery of the 6 kilometer gold mineralization zone known as the Wawa gold corridor, the delineation of the Minto Mine South resource and the discovery of the Cooper gold structure.

“Over the past four years, we have developed an understanding of the structures that control gold mineralization at the Wawa Project. We’ve discovered areas of significant gold mineralization that were overlooked by previous operators,” said Quentin Yarie, Red Pine’s president and CEO. “All our geological and geophysical modeling has also shown us that gold mineralization extends beyond what we initially anticipated, and we know that we’ve only scratched the surface of what is possible at Wawa.”

Today, the Wawa property hosts 10 known gold deposits, two of which now have NI 43-101 gold resource estimates. The Minto Mine South deposit has a maiden 2018 NI 43-101 resource of 100,000 ounces of gold at 6.8 g/t with mineralization open in all directions. Red Pine expects to complete a revised NI 43-101 resource on Surluga Deposit in the second half of 2019.

Orogenic gold deposits make for attractive exploration targets given their potential for large, high-grade deposits. Ontario’s Michipicoten greenstone belt in the Wawa region is home to several significant orogenic gold deposits, yet many areas in the region remain underexplored and represent highly prospective ground for potential new gold districts to be discovered.

The information contained here is for information purposes only and is not to be construed as an offer or solicitation for the sale or purchase of securities. Readers should conduct their own research for all information publicly available concerning the company. Prior to making any investment decision, it is recommended that readers consult directly with Red Pine Exploration and seek advice from a qualified investment advisor.