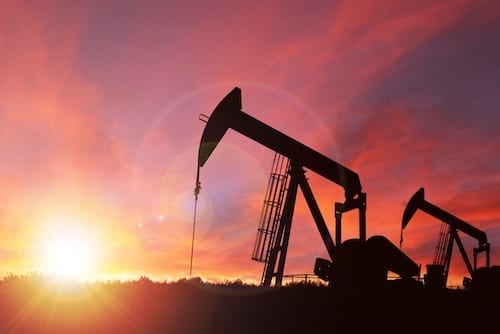 New extraction technologies are the key to quickly and cost-effectively bringing resources in Alberta’s oil fields to market.

Explosive growth in the electric vehicle (EV) market over the coming decade is expected to translate into record demand for battery materials including lithium carbonate and lithium hydroxide.

Currently, the majority of the world’s lithium comes from the salars of the South American Lithium Triangle and hard rock operations in Australia. However, these supply sources may not be sufficient to cover the forecasted demand, and new developments of brine and hard rock deposits can be costly and take years to bring online. This scenario is encouraging investment in a potential third economic source of commercial-scale lithium production in Alberta’s vast oil fields. To tap this resource, direct lithium extraction technologies are under development in key regions, including Alberta.

The Investing News Network (INN) interviewed several of the lithium industry’s top analysts and producers at the June 2019 Lithium Supply & Markets Conference in Chile. The consensus among attendees was that the lithium market may be in a state of oversupply, but the long-term demand outlook remains strong.

E3 Metals Corp. (TSXV:ETMC, FWB:OU7A, OTC:EEMMF) is a mineral exploration and development company based in Alberta, Canada.Send me an Investor Kit

Senior Analyst at Benchmark Mineral Intelligence Jose Hofer told INN that his firm believes lithium supply will start to tighten in the next two to three years. Hofer said that as the cost of lithium-ion batteries decreases and EVs become more competitive with the internal combustion engine, the market will experience rapid growth in the demand for lithium. Looking at current capacity and projects in the pipeline, he doesn’t believe supply will be able to cover this rapid demand growth.

Benchmark Mineral Intelligence is forecasting a total demand of 340,000 to 350,000 metric tons of lithium in 2019. “In the next seven years, we will see demand reach at least 1 million tons of lithium carbonate equivalent (LCE),” said Hofer. “That is a huge amount of material that needs to be mined, that needs to be processed and converted to chemicals in a secure and stable way.”

Two sources of lithium — for now

In today’s global lithium landscape, most of the world’s lithium is produced by a handful of companies. The majority of lithium producers focus on two main resources: hard rock deposits, such as Tianqi Lithium’s (SZSE:002466) Greenbushes mine in Australia, and brine deposits, such as Sociedad Quimica y Minera de Chile’s (NYSE:SQM) Salar de Atacama in Chile.

In comparison to hard rock, lithium brine extraction has proven to be much more cost-effective when it comes to both exploration capital and operating expenses. This is due to a host of reasons, including simpler logistics, topography and climate. Brine operations involve pumping lithium-bearing brine to surface level evaporation ponds followed by further processing on-site to produce either lithium carbonate or lithium hydroxide. Hard rock mining, on the other hand, involves processing through conventional milling and flotation methods to produce a concentrate that then must be shipped to processing plants, mostly in China, for conversion to either lithium carbonate or lithium hydroxide.

Next to hard rock mining practices, lithium extraction from solar evaporation ponds may seem better for the environment, but these expansive ponds can require vast amounts of fresh water. The slow time-to-market for lithium produced from brine (between 18 to 24 months) has the potential to further widen the gap between EV market demand and global lithium supplies.

Thanks to advancements in extraction technologies, a new potential source of commercial-scale lithium production is emerging in North America’s mineral-rich oil fields.

What is direct lithium extraction?

Innovative resource companies like E3 Metals (TSXV:ETMC,FWB:OU7A,OTC Pink:EEMMF) have begun to target deep reservoirs historically tapped for petroleum that also host brines containing dissolved metals, including potentially economic quantities of lithium. In North America, estimates show that for every barrel of oil and gas produced, four to five units of brine are brought to the surface as well. The brine is considered wastewater by the oil industry and is often sent back down into the reservoir because it contains less than 1 percent petroleum. However, such brines can also have enriched concentrations of dissolved lithium.

This direct lithium extraction opportunity has begun to attract the attention of junior lithium exploration companies. By harnessing the power of advanced extraction technologies, North American resource companies including E3 Metals and Standard Lithium (TSXV:SLL,OTCQX:STLHF,FWB:S5L.F) are working to unlock the potential of North America’s oil fields to create a third major source of lithium for the global EV battery market.

The process of extracting lithium from oil field brine can be completed in a much smaller time frame — hours instead of the roughly two years needed in production from salars. Direct lithium extraction production is not dependent on the weather, unlike evaporative ponds, which can experience delays following dilution from significant rainfall. “Recoveries from direct lithium extraction tend to be much higher, ranging between 80 percent to 90 percent versus a max of 50 percent from salars,” added Doornbos, a geologist with a strong technical background in the resource industry ranging from greenfields exploration to advanced project development. Once the brine is processed into a high purity lithium concentrate, it can be easily converted into battery-grade lithium hydroxide or lithium carbonate using existing conventional technologies.

The company worked with scientists and engineers at the University of Alberta and GreenCentre Canada to develop its direct lithium extraction technology aimed at producing lithium concentrate from oil field brine in a fast and cost-effective manner.

Global chemical manufacturing company Livent (NYSE:LTHM) showed its confidence in E3 Metals’ direct lithium extraction technology in September 2019 when it decided to provide the company with its technical expertise and US$5.5 million in funding through a joint development agreement.

“The transaction between E3 and Livent is significant in that a major lithium producer is now writing a check to potentially own a call option on a DLE technology,” said Alex Grant, an expert in advanced lithium extraction flowsheets. “In contrast to other major lithium producers like SQM and Albemarle, who have claimed the ability to dramatically ramp lithium production without additional ponds, Livent is making a bet that they may be able to grow their future market share using a dramatically different technology.”

Daniel Alessi, assistant professor at the University of Alberta’s Department of Earth and Atmospheric Sciences, heads the university’s team that developed technology with E3 Metals. “Our role is simply to develop more efficient and greener technologies to get the lithium out of the brine,” said Alessi. “We are developing a technology that does not require us to evaporate the brine, and by keeping the lithium in solution, it mitigates the surface footprint. It’s essentially turning a waste product into a resource.” E3 Metals intends to build a field pilot facility in Alberta to demonstrate the commercial viability of its technology before advancing towards its first 20,000 plus metric ton LCE per year project in Alberta.

“E3’s proposed direct lithium extraction project is located in the heart of Alberta’s oilfield, an area rich in infrastructure including roads, power lines and well sites. Many lithium-enriched areas in Alberta are coincident with mature oil and gas production areas that produce large volumes of brine water relative to hydrocarbon,” said Liz Lappin, E3 Metals’ VP of Corporate Affairs and Exploration. This infrastructure and data in place is yet another reason direct lithium extraction could get battery-grade materials to market faster and at lower cost than traditional lithium sources.

With approval from the oil and gas operator, the wastewater in Alberta’s well sites are often available for sampling. The areas around the well sites also tend to have ample subsurface geological data available for review. “From a mining standpoint, these characteristics allow for rapid, low-cost exploration to quickly define prospects without the need to drill wells or acquire costly geophysics. Capital costs can be lowered in the development stages by leveraging the vast network of pipelines, roads and well sites available to be repurposed for a new use,” added Lappin, a professional geologist whose technical experience includes oil and gas majors such as Cenovus, Encana and Suncor. On top of that, Alberta is an industry-friendly jurisdiction with a favorable permitting process that is also very supportive of new industry.

In May 2019, E3 Metals announced it had successfully produced lithium hydroxide at Alessi’s University of Alberta laboratory using lithium concentrate from the company’s Alberta Lithium project, which was then processed using its proprietary Ion Exchange Lithium Extraction Technology.

“E3’s project has been designed with a built-in optionality to produce either lithium hydroxide or lithium carbonate, allowing for flexibility to respond to market demand,” said Doornbos. “Having demonstrated that we can produce lithium hydroxide from Alberta brine, we have a high level of confidence that we can rapidly unlock the tremendous potential of our vast Alberta lithium resource with the right production process flow sheet.”

For nearly a century, Alberta’s oil fields have provided the world with the energy resources needed to power a growing global economy. Today, the world is moving away from fossil fuel dependency and toward more environmentally sustainable energy sources. However, if new advances in brine extraction technologies can provide cost-effective and quick-to-market battery-grade lithium products, Alberta could continue to be a major source of global energy resources for years to come.

The information contained here is for information purposes only and is not to be construed as an offer or solicitation for the sale or purchase of securities. Readers should conduct their own research for all information publicly available concerning the company. Prior to making any investment decision, it is recommended that readers consult directly with E3 Metals and seek advice from a qualified investment advisor.