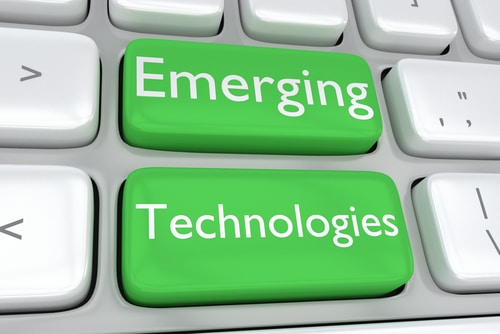 Emerging technologies can be defined as the sections of the tech sector that are set to make a massive impact on human lives in the next decade.

On that note, the Investing News Network (INN) takes a look at the sectors that make up emerging technology and how investors can enter this space.

This article continues below the Emerging Technology Investing Table of Contents.

The articles listed below provide an overview of investing in emerging technology from Emerging Technology Investing News.

Growth of emerging technologies: what are they?

Several research firms, including PricewaterhouseCoopers (PwC) and Gartner, have reported to track as many as 150 different technologies, using their respective methods to identify the tech sectors that are “showing promise” and delivering impact in the next few years.

Meanwhile, Gartner identified 35 such technologies and each year publishes a report under the Hype Cycle for Emerging Technologies, which highlights the latest trends of these emerging verticals. In August 2018, the firm published a report showcasing when these emerging technologies will achieve their potential, highlighting verticals like 5G, virtual assistants and deep neural networks which are projected for massive increase between a two-to-five year period.

However, several technologies including smart robots, autonomous mobile robots, quantum computing, blockchain, AR, and mixed reality are set to reach its potential somewhere in the next five-to-10 year mark. Further, technologies like 4D printing, flying autonomous vehicles and next generation autonomous driving are set to achieve its tipping point after more than a 10-year mark.

Some of the biggest growth of emerging tech is forecasted for AI, which is predicted to reach a market value of US$300 billion by 2026 and growing at a compound annual growth rate (CAGR) of 38.8 percent between 2018 and 2026. The report published by Research And Market highlighted that rising demand for virtual assistants, coupled with increased implementation of cloud based applications, are set to fuel the growth of AI.

Meanwhile, robotics has been tipped to achieve a market value of US$147.26 billion by 2025. The report by Transparency Market Research said the segment will witness a CAGR of 17.4 percent by 2025. The firm said that the Automation, which has been labelled as a “buzzword” for many industries, is set to propel the growth of robotics industry.

Virtual Reality (VR) has made rapid strides in recent years with the innovation and the entry of several technology companies such as Oculus VR, a division of Facebook (NASDAQ:FB), and Microsoft (NASDAQ:MSFT). Research and Market predicts the segment will see an CAGR of 33.47 percent between 2019 to 2024. The firm said that the advancement of technology, coupled with the availability of VR at affordable prices, are driving the growth of the segment. According to the report, VR is set to reach US$44.7 billion by 2024, up from US$7.9 billion in 2018.

How to invest in emerging technology: stocks

For investors looking to enter the space, stocks are the obvious choice for investment. Considering emerging technologies involve multiple sections of tech sector, there’s certainly no shortage of companies for investors. With artificial intelligence, robotics and VR predicted for the most growth in the space, here is a look at technology companies in the AI and robotics space mentioned in our robotics and AI stocks articles:

How to invest in emerging technology: ETFs

For investors who want to put investments into the emerging tech space as a whole rather than a specific company involved in the sector, ETFs are a popular way to go. While there are several ETFs that focus on the artificial intelligence, robotics segments, more ETFs have been launched in recent years that puts spotlight on other areas of emerging technology such as drones, VR and AR.

While emerging technology is set to make an impact in the near future, investors surely have plenty of options to consider.

Is there any particular category, stock or ETF that you’re excited about? Let us know in the comments below.