As we enter into a new era of mobile technology, investors have plenty of opportunities to jump into the mobile sector.

How to invest in Mobile

From phone calls to texting to shopping online, mobile devices have redefined the way people communicate over the last three decades. With new form factors like foldable phones and 5G networks, the mobile industry is poised for more growth in the coming months and years.

The term mobile has a broad meaning, encompassing devices such as mobile phones, handheld computers and other similar technologies.

Here the Investing News Network provides a comprehensive look at mobile technology investing with an overview of the subject, where it is headed in the future and, of course, ways to invest in mobile technology.

As noted, the definition of mobile technology covers a wide platform due to the evolution of this technology; it covers everything from portable phones to handheld computers and everything in between such as smart watches.

Ever since the first handheld mobile device was unveiled in 1973, mobiles have seen a rapid evolution in terms of its form factor, including size and shape, to its abilities of what can be done on a device.

Tthe first phone offered 30 minutes of talk time and eight hours of standby time. Today, devices promise up to single day of standby time. In February 2019, Avenir Telecom (EPA:AVT) under the Energizer brand demonstrated the evolution of mobile as it introduced Energizer P18K Pop that features up to 50 days of standby time, which translates to the phone staying on for 50 days if not used.

Over the course of the last three decades, mobiles have also seen an evolution in other areas like the form factor as manufacturers tried to make the devices portable. While the first generation mobiles were called brick-like phones, manufacturers later introduced devices like flip phones and sliders which made mobiles more compact. The launch of Apple’s (NASDAQ:AAPL) iPhone accelerated the move towards touch only devices while the company’s iPad created a “revolution” in the tablet arena.

In February 2019, mobile manufacturers showcased the future of smartphones as they unveiled foldable devices which as compared to the brick-like first generation phones, feature foldable screens with slim bezels.

Samsung (LSE:SMSN) and Huawei unveiled foldable phones in 2019 and 2020. Others like Xiaomi (HKEX:1810, OTC Pink:XIACF), TCL and Oppo have also shown their own versions of foldable phones that are tipped to be launched in the coming years. The trend of foldable phones could be here to stay as Apple is also said to be working on a foldable device that is expected to be out in 2021.

In simple terms, foldable phones have married the concept of a tablet and a mobile phone into one single device.

Each manufacturer has their own version of folding phones and, accordingly, the purpose of such device varies with the manufacturer.

According to Huawei, the new form factor “revolutionizes both productivity and entertainment experiences on a mobile device.” On the other hand, Samsung said that its foldable phone offers new ways to multitask that the company says, “bringing to life new experiences and possibilities years in the making.”

While the folding phone space has seen the entry of multiple players, the crown for the first foldable phone goes to Royole FlexPai, which was introduced in October 2018.

Meanwhile, Nubia, an associate of ZTE (SHE:000063,OTC Pink:ZTCOF) unveiled Nubia Alpha at the 2019 Mobile World Congress that combined the characteristics of a smart watch and a smartphone into one category.

On the lines of Apple Watch and Samsung Galaxy Wearables, the Nubia Alpha does most things a smartwatch can do, including monitoring the health to features of a smartphone like making phone calls, and taking pictures.

While the first generation phones offered nothing more than phone calls, mobile technology has evolved in recent years so much so that calls are no longer in the top 10 daily uses.

Just like the way the form factor of a mobile evolved over the years, mobile manufacturers introduced new features that enabled mobiles to do more than make phone calls.

Blackberry (TSX:BB) with their 850 model in 1999 supported email and HTML browsing paving way for mass data evolution on smartphones. The launch of iPhone in 2007 signaled the dramatic shift to apps and the touch revolution.

A survey conducted by mobiles.co.uk revealed that texting had topped the charts in terms of a daily use of a mobile with 88 percent of people voting in its favor.

Checking email, Facebook (NASDAQ:FB), camera and reading news formed the top five while online shopping and banking were featured in the top 10 uses of smartphones. At 42 percent, watching videos on YouTube was also listed as one of the daily uses of smartphones.

It should come as no surprise that people have rediscovered the use of mobile as apps have dramatically changed the abilities of a mobile phone. Ericsson (NASDAQ:ERIC) in its mobility report for February 2019 highlighted that voice traffic, which registered 347 monthly minutes of use (MMOU) per subscription in 2018, would post a compound annual growth rate (CAGR) of 0.7 percent between 2018 and 2024. In comparison, Ericsson said that the mobile data traffic in the same period is set for a CAGR of 30.9 percent.

The shift to the digital space has been felt across many industries, including the banking industry. According to research firm KPMG, “digital platforms will become the preferred and dominant business model for banks and financial institutions in the future.” For example, the Royal Bank of Canada (TSX:RY) revealed in June 2018 that it will put more focus on its digital platform in the coming years. With more people switching to its mobile banking app, the Royal Bank is looking to cut its physical banking space by 20 percent in the next five years.

It’s not an understatement to say that we live life through our phones—banking, ordering groceries, watching movies, texting friends, finding a dating partner, sharing photos on social media, tracking health, etc. The possibilities are endless, especially with the evolution of the App.

According to App Annie’s “State of Mobile in 2020” report, consumers spent an average of 3 hours and 40 minutes on mobile in 2019, up 35 percent from 2017. The mobile games segment dominates the space with 56 percent of market share in 2019 with spending across all app stores expected to reach US$100 billion in 2020.

Brands are taking advantage of consumers’ extensive daily use of mobile devices to expand the reach of their advertising campaigns. According to App Annie, “advertisers will pour more than $240 billion into ad spend in 2020—up 26 percent from 2019.”

The International Data Corporation (IDC) has forecasted that the global smartphone sales will decline by 11.9 percent year-over-year in 2020 “as the macroeconomic impact of the COVID-19 pandemic continues to affect consumer spending.” However, growth in this sector is expected to return in the first quarter of 2021.

“Nationwide lockdowns and rising unemployment have reduced consumer confidence and reprioritized spending towards essential goods, directly impacting the uptake of smartphones in the short term,” said Sangeetika Srivastava, senior research analyst with IDC’s Worldwide Mobile Device Trackers. “On the brighter side, 5G is expected to be a catalyst throughout the forecast period, which will play a vital role in worldwide smartphone market recovery in 2021.”

Ericsson highlighted in a report the massive potential of 5G, predicting that industry digitalization investments will generate an estimated US$619 billion revenue opportunity for telecom operators by 2026.

Further, Ericsson said that telecom operators can pocket an additional 36 percent in revenue potential by 2026 from 5G-related market opportunities.

Additionally, a Counterpoint report published in February 2019 said that the smart feature phone market presented a US$28 billion opportunity in the next three years.

The firm highlighted a United Nations goal that focused on providing affordable access to the internet in developing countries by 2020. Counterpoint added that 34 percent of the world’s population is not subscribed to the internet and that 57 percent of people do not use mobile internet access.

“To address the digital divide, industry stakeholders have developed a new category of device, “smart feature phones” that are powered by optimized software platforms that support internet applications and internet services within a feature phone form-factor,” Counterpoint said in the report.

In terms of the apps driving the future mobile traffic, Ericsson projects video apps will continue to dominate the market as they are estimated to contribute 74 percent of total traffic in 2024. The firm said that these apps will register a CAGR of 36 percent between 2018 to 2024.

Furthermore, social media apps are set to grow at a CAGR of 24 percent between 2018 to 2024 and account for eight percent of total mobile traffic.

Ericsson also predicted that the next generation mobile network, 5G will account for 1.9 percent of mobile data traffic in 2020 before scaling up rapidly by 2024 where it will have a share of 25.4 percent.

With such growth predicted across the mobile market, investors have plenty of opportunities to invest in the sector, including:

For those new to the space, ETFs are popular way for investors to consider as they provide investing opportunities to an entire industry rather than a specific company.

Investors seeking to invest in a specific company can look at smartphone manufacturers like Samsung (LSE:SMSN), Apple (NASDAQ:AAPL), and Xiaomi (HKEX:1810, OTC Pink:XIACF) as these companies occupy the top spots in terms of smartphone shipments for Q1 2020.

Additionally, investors in the US can also look at the largest telecom companies like AT&T (NYSE:T) and Verizon (NYSE:VZ) while those in Canada can look at the “popular” companies like Rogers (TSX:RCI.B, OTC Pink:RCIAF), Bell (TSX:BCE), Telus (TSX:T) and Shaw Communications (TSX:SJR.B).

Is there any category of mobile that interests you? Let us know in the comments. 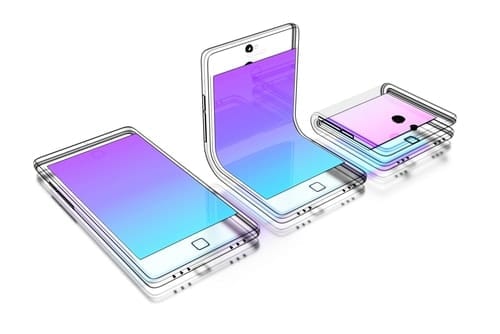 As we enter into a new era of mobile technology, investors have plenty of opportunities to... 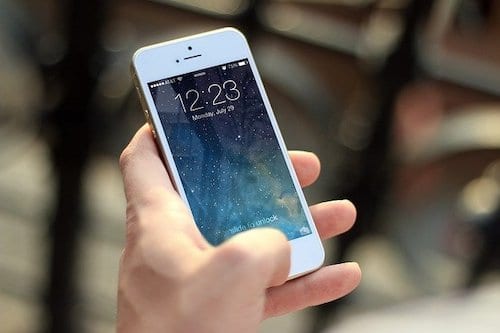 What is the Mobile Web? 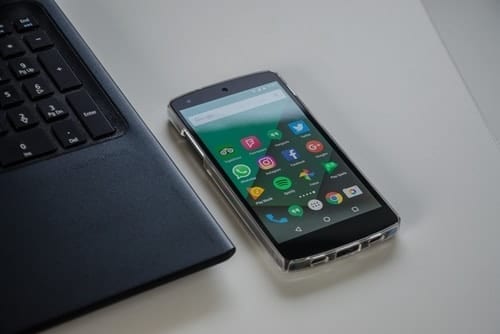 The mobile industry is climbing at a considerable clip. Here's a look at key mobile web...