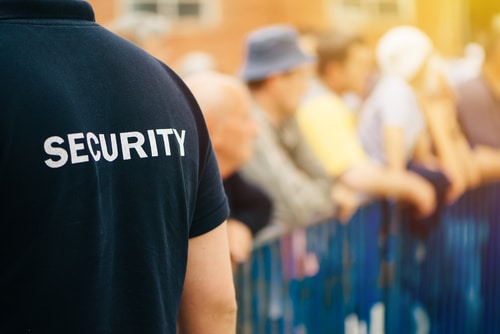 Security covers a wide array of areas, including cybersecurity, whose growth is tipped to soar in the coming years.

The demand for security solutions has increased as data breaches are reported to be at an all-time high.

However, it has to be noted that security covers a wider set of areas that refers to all measures to protect an entity, even as the term has a broader meaning in the digital era.

Specifically, computer security and cybersecurity refers to the measures of protecting one’s system along with the network and programs that they share and use, from the digital attack.

On that note, the Investing News Network provides a comprehensive guide of what security tools investing is, how security has evolved over the years to combat various risk factors and where it is headed for the future.

This article continues below the Security Investing Table of Contents.

The articles listed below provide an overview of investing in securities from Security Investing News.

Looking ahead, Cybersecurity Ventures has predicted that the total cost of cybercrime incidents would hit US$6 trillion annual figure in 2021.

While various application for combating cybercrime are advanced now with the introduction of machine learning and artificial intelligence, according to Australia’s La Trobe University, the solution to some of the early cyber attacks was shutting down internet.

As the university notes, cyber attacks have come a long way from the days of cyber messages to data breaches that hacked details of 40 million credit cards.

While Morris Worm takes the credit for being the first widespread attack in 1988, the infamous breach at Sony in 2014, pushed the organizations to beef up security measures.

Between Morris Worm and Sony’s data breach, the most popular forms of attacks were previously viruses, which then evolved into trojans and other complex programs.

Many companies launched antivirus software applications to combat the risk, which has since been developed into more sophisticated programs to take on cyberattacks.

While there are many cybersecurity companies, Symantec (NASDAQ:SYMC) is a perfect example of a company evolving with the industry trend. Founded in 1982, Symantec have been providing security software application to consumers to offset various threats but of late has been spearheading cyber defense platforms.

Symantec provides solutions for various vulnerabilities including advanced threat protection, email security, cloud and network security services apart from running Norton, one of the popular antivirus software in the world.

Further, companies have introduced several other elements apart from software to encryption data, including biometric authentication which ranges from iris scanners to fingerprint readers.

Although digital security is an important element of our lives, securing physical properties from intruders has become equally important. As Safewise notes, while there are 200 burglaries that happen in the US per hour, burglars have been avoiding homes with security cameras.

Security and video surveillance cameras are increasing in demand with more companies having entered the space as reported thefts have also gone up. The report from Transparency Market Research said that cameras are reported to serve a dual purpose of securing homes as well as keeping tabs on workers at a commercial space.

As noted in our 2019 cybersecurity outlook, cybersecurity is only one aspect of the security sector. Its growth tipped to soar as companies continue spending to safeguard their databases through various security policies to combat security risks. Emails are said to be one of the concerns for both consumers and organizations as 91 percent of phishing emails are set to originate from emails.

It was also said that AI will play a crucial role for users looking to ramp up their security measures by encrypting their systems and for attackers looking for a tactical edge to break the encryption.

The firm suggests that the sector’s growth will be propelled by the government increasing compliances and regulatory requirements and the emergence of disruptive technologies, such as the Internet of Things, AI and big data requirements.

Meanwhile, the global video surveillance market is expected to grow at a CAGR of 16.14 percent from 2018 to 2023, according to Research and Markets. The report suggested that the rising security concerns, along with the need for high efficient and time-saving surveillance systems at affordable costs, would act as a major growth driver for the industry.

What is security tools investing?

With growth predicted across multiple sectors of security, investors have plenty of opportunities to increase their money, including:

For those new to the space, exchange-traded funds (ETFs) are a popular portfolio choice for investors as they can invest in a sector as a whole rather than specific companies.

Those looking to invest in a specific company on the stock market to meet their long-term financial goals can either look at the top cybersecurity companies as listed by Cybersecurity Ventures like CyberArk Software (NASDAQ:CYBR), Cisco (NASDAQ:CSCO), IBM (NYSE:IBM) and Microsoft (NASDAQ:MSFT).

Additionally, for those interested in video surveillance companies, investors can look at companies mentioned in Research and Market’s report for investment portfolio opportunities like Cannon (TSE:7751), Panasonic (TSE:6752,OTC Pink:PCRFF) and Sony (TSE:6758,OTC Pink:SNEJF).

Will you invest in security? Is there a particular vertical of security that excites you? Share your opinion in the comments below.

10 Top Cybersecurity Companies
How to Invest in Esports
Torque, Activision Team Up on Collegiate Overwatch Tournament
New Fund Focusing on Tech and Healthcare for Growth