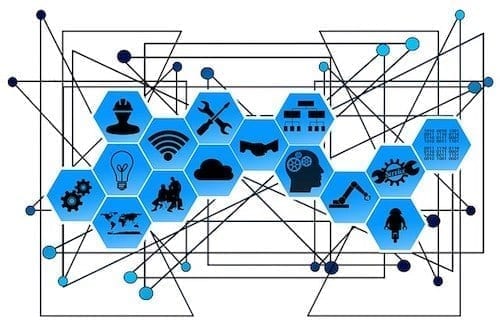 Clean energy company Xebec Adsorption announced a strategic partnership with JNK Heaters as well as an an alliance with Furui HP.

Xebec Adsorption (TSXV:XBC), a global provider of clean energy solutions for the industrial energy and renewables marketplace, announced a strategic partnership with JNK Heaters (KOSDAQ:126880) on Tuesday (May 1).

The next day, the company revealed an alliance with Furui HP, a subsidiary of Zhangjiagang Furui Special Equipment (SZSE:300228).

Through the collaboration with JNK, Xebec will have exclusive rights to manufacture and market JNK’s Steam Methane Reformer (SMR)-based on-site hydrogen generators in North America and Europe, while JNK will market Xebec’s biogas solution in Korea and India.

Through a strategic collaboration, Furui HP will deploy Xebec’s PSA technology to purify hydrogen and enable its renewable hydrogen energy supply chain. The companies will identify other market opportunities within China, and Furui HP will collaborate with Xebec Shanghai on technical and commercial proposals.

In late April, Xebec announced its fourth-quarter and year-end financial results, with the company reporting revenues of $3.3 million for Q4, which is on par with its 2016 results.

The company also reported revenues of $14.7 million in the 2017 fiscal year, as compared to $9.6 million for the same period in the previous year; that represents a 54-percent increase. Its order backlog increased by 60 percent to reach $13.9 million.

According to a report from Persistence Market Research, the hydrogen market is expected to touch US$200 billion by 2025 at a CAGR of 6.1 percent.

“There is a global effort to introduce zero emission fuel cell electric vehicles and the need for cost-effective renewable hydrogen fuel and fueling infrastructure is a great opportunity,” Prabhu Rao, chief operating officer at Xebec, said in a press release.

“Xebec is proud to partner with a strong company like Furui HP whose experience in the hydrogen field, coupled with our gas purification technology, will allow both companies to gain market share in the rapidly developing China market,” he added.

Furui HP and Xebec will work together over the next three years to accelerate the development of hydrogen energy solutions in China, with a focus on liquid hydrogen production and hydrogen mobility with fuel-cell vehicles.

Similarly, through the partnership with JNK, the companies will address emerging opportunities in the biogas, renewable hydrogen generation, hydrogen purification and refueling industries.

Kurt Sorschak, president and CEO at Xebec, said he is delighted to partner with JNK.

Bang Hee Kim, president of JNK, said that the collaboration with Xebec will strengthen the capabilities of both companies, which will expand new business.

“JNK is particularly pleased to turn its focus on environmentally-friendly renewable energy with the assistance of cutting edge technologies and decades of Xebec experience,” Hee Kim said.

Following this week’s announcements, Xebec closed the trading day on Thursday (May 3) at $0.57, up by 9.62 percent, while JNK was up 5 percent and was trading at KRW 5,000 at market close. Zhangjiagang Furui Special Equipment was trading at CNY 8.65 at the end of the day.