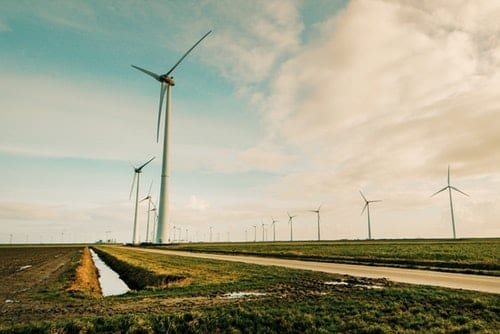 Facebook has signed a power purchase deal for a Texas wind power project with Apex Clean Energy, one of the largest of its kind in the US.

“As part of our goal to support 100 percent of our operations with renewable energy, we want to help drive the energy transition and increase access to wind and solar power around the world,” Urvi Parekh, renewable energy manager at Facebook, said in a press release.

For his part, Keith Dearman, co-head of Ares Infrastructure and Power, commented, “Corporate leadership is driving the energy transition and this project fits perfectly with our value-add strategy of investing in clean energy projects.”

Facebook plans to reduce its greenhouse gas (GHG) footprint by 75 to 100 percent by the end of 2020. The company states that it stands within the ranks of the top corporate purchasers of renewable energy, with its first renewable energy purchase having taken place in 2013. As of early as 2017, it was powering 51 percent of its operations with renewable energy.

Facebook made its first direct investment in renewable energy through a 379 MW solar power deal in West Texas. The estimated US$416 million agreement was in partnership with Longroad Energy across 4,600 acres in Andrews County.

As corporations in the US retreat from GHG emissions, solar and wind projects are attracting investment from top companies around the world.

Tech companies are taking the helm in renewable investment. For example, Amazon (NASDAQ:AMZN), like Facebook, is projecting a 100 percent transition to renewable energy.

In August, Amazon invested in both a solar project in Virginia and a wind project in Ireland. The two projects are designed to power its data centers with 45 MW of renewable power. This brings Amazon’s total renewable energy projects to 61 worldwide.

“The solar industry has seen rapid growth in the United States, really over the past decade. So over the past 10 years, the average annual growth rate in the industry is 50 percent per year,” Shawn Rumery, director of research for the Solar Energy Industries Association (SEIA), told Forbes.

According to a report from the SEIA, decreased solar prices, plus more procurement options and financing options, have incentivized corporations to invest in solar power. Commercial solar photovoltaic (PV) installation costs dropped 63 percent over 10 years. In turn, corporations are opting for solar-powered rooftops and solar installations for data centers instead of traditional energy sources.

The leading corporate investor in solar energy is Apple (NASDAQ:AAPL), with 393.3 MW of renewable power investments. Next are Amazon, Target (NYSE:TGT), Walmart (NYSE:WMT) and Switch (NYSE:SWCH).

The SEIA states that the total amount of solar power procured by businesses and corporations stood at 7,000 MW in 2018; that amount of energy has the capacity to power 1.4 million homes.

As corporate environmental action comes to the forefront, with major tech companies investing heavily in wind and solar power, the renewable energy industry is projected to continue to climb at a 20 percent clip globally by 2023, an International Energy Agency (IEA) report states.

Solar PV power, wind and hydropower are anticipated to accelerate renewable adoption. By 2023, the IEA projects that 12.4 percent of global energy will be produced by renewable sources.